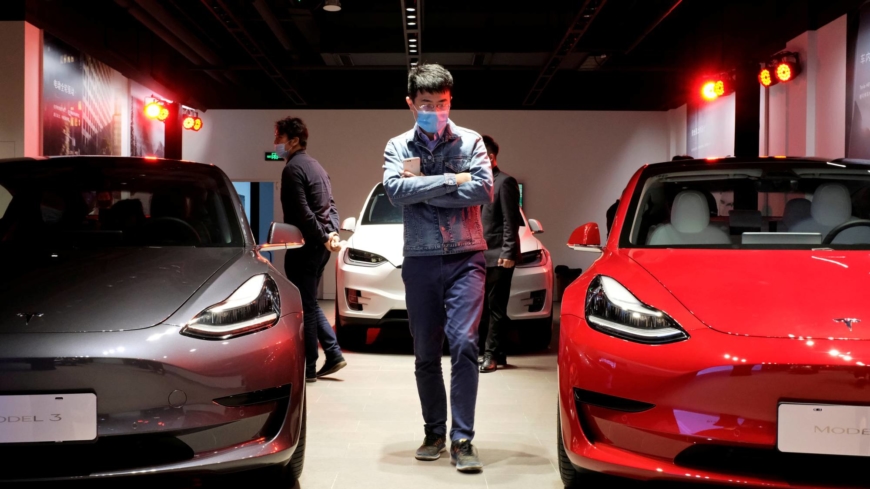 The great computer-chip shortage of 2021, a cloud hanging over companies ranging from Tesla Inc. to McDonald’s Corp., is showing signs of easing. But not for everyone.

While chipmakers such as Qualcomm Inc. and Advanced Micro Devices Inc. struck an optimistic tone this week, certain products will remain scarce for some time to come. That’s left companies like Apple Inc. in a bind: Even with some supplies of semiconductors getting closer to normal, they still lack the components needed to complete their complex tech devices.

On Tuesday, Apple said that shortages will contribute to a lower rate of growth this quarter and get worse. And there’s an ironic wrinkle: The iPhone maker expects to get enough of the more advanced chips that the company needs. It’s the simpler ones — made with so-called legacy-node manufacturing — that will be tougher to come by.

It’s been “difficult to get the entire set of parts,” Chief Executive Officer Tim Cook said during a conference call. “The legacy nodes are where those supply constraints have been.”

The problem boils down to this: Even the most advanced Apple M1 processor can’t work alone. Modern devices are dependent on myriad different parts, some costing just cents. Shortages of components as mundane as a power regulator can bring production of thousand-dollar item to a halt.

A lack of parts also is hurting the availability of Microsoft Corp.’s Surface computers and slowing PC market growth in general, that company said. Tesla CEO Elon Musk said that computer-chip shortages will cap the automaker’s growth rate for the rest of the year.

Against that backdrop, there was still plenty of good news this week.

Though it’s been rocked by the chip shortage, Ford Motor Co. said Wednesday that higher car prices have helped offset the sales lost because of the shortfalls. Qualcomm, the biggest maker of smartphone chips, predicted a “material improvement in supply by the end of the year.”

AMD also gave an upbeat forecast, suggesting that it’s going to win market share from Intel Corp. in server chips. But CEO Lisa Su warned that there would be “pockets of component shortages” afflicting personal computers.

Apple is facing the situation from multiple angles. It’s one of the largest consumers of semiconductors in general, and its in-house design efforts have made it one of the biggest chip designers in the world. Shortages have affected the company’s Mac computers and the iPad, Apple said this week.

The company’s advanced processors — the ones it’s having an easier time getting — are made by Taiwan Semiconductor Manufacturing Co. AMD also uses that company to produce chips, and its 99% gain in revenue last quarter underscored that it has a reliable source of supplies.

“We do see some level of constraints, but we are making progress each quarter,” AMD’s Su said.

A lingering problem is chipmakers have much less incentive to invest in the production of simpler types of semiconductors. Such products fetch low prices, and they’re made using aging equipment.

And even if the companies decide to spend more on production, building and equipping a plant can take years.

For customers, this frustrating scenario isn’t going away soon. Tesla’s Musk said this week that a variety of chips have bedeviled the company by becoming the “slowest part in our supply chain.”

“The chip supply is fundamentally the governing factor on our output,” he said.