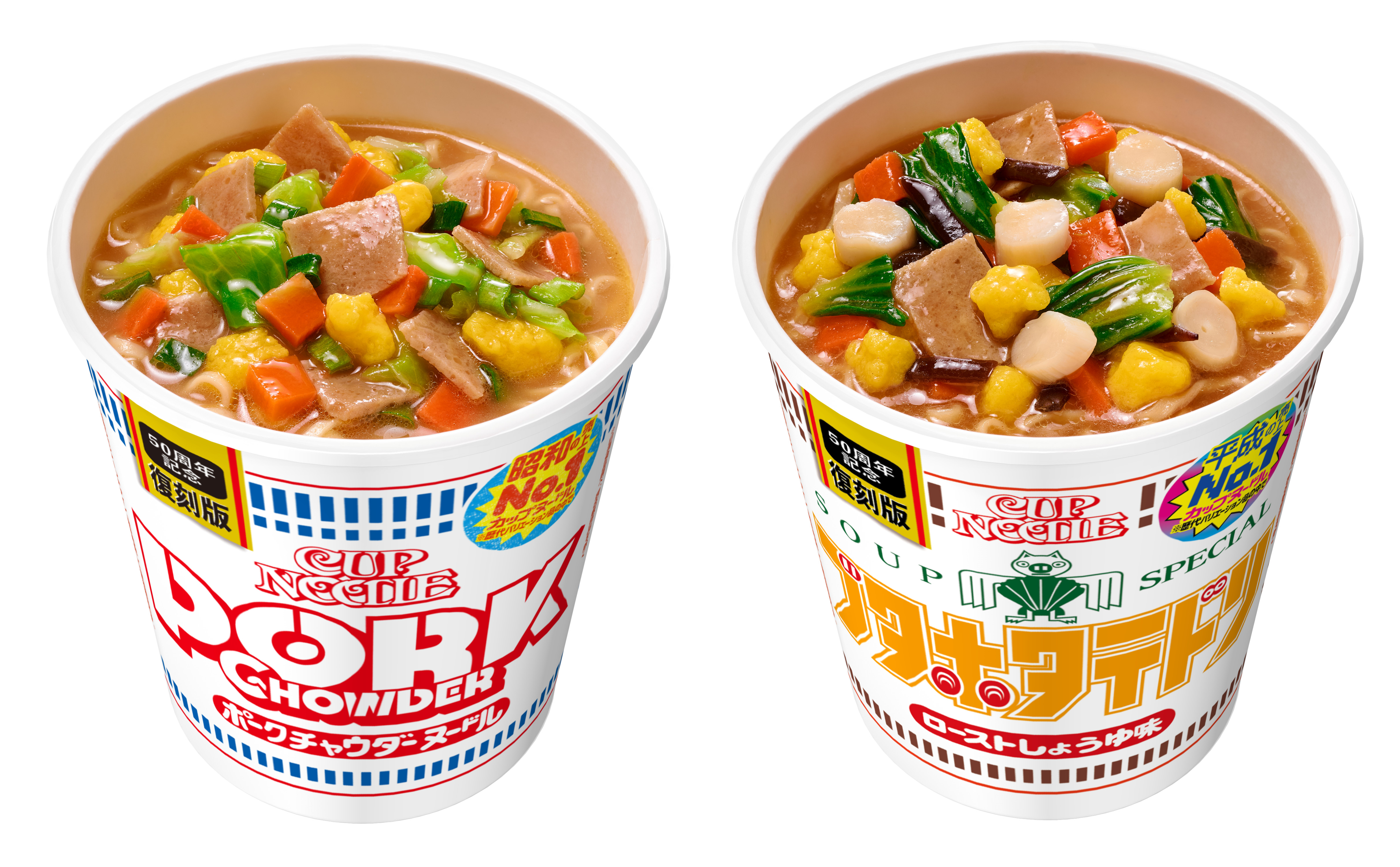 Two beloved flavors from the Showa and Heisei periods make their triumphant return to the shelves!

September marks the 50th anniversary of the release of Nissin Cup Noodles, which made its debut in 1971. Can you believe this classic instant noodle brand has been around for half a century!? It’s a monumental anniversary, and as such, Nissin has been commemorating it with all sorts of celebrations, like releasing Cup Noodle pouches and teaming up with a luxury hotel restaurant for Cup Noodle-inspired menus.

Notably for Cup Noodle fans in their forties and up, they’re also bringing back classic fan-favorite flavors from the Showa and Heisei periods! Cup Noodle is reissuing the beloved Pork Chowder Noodle and the Pork Scallop Chicken flavors, which were fan favorites of the ’80s and ’90s, respectively. 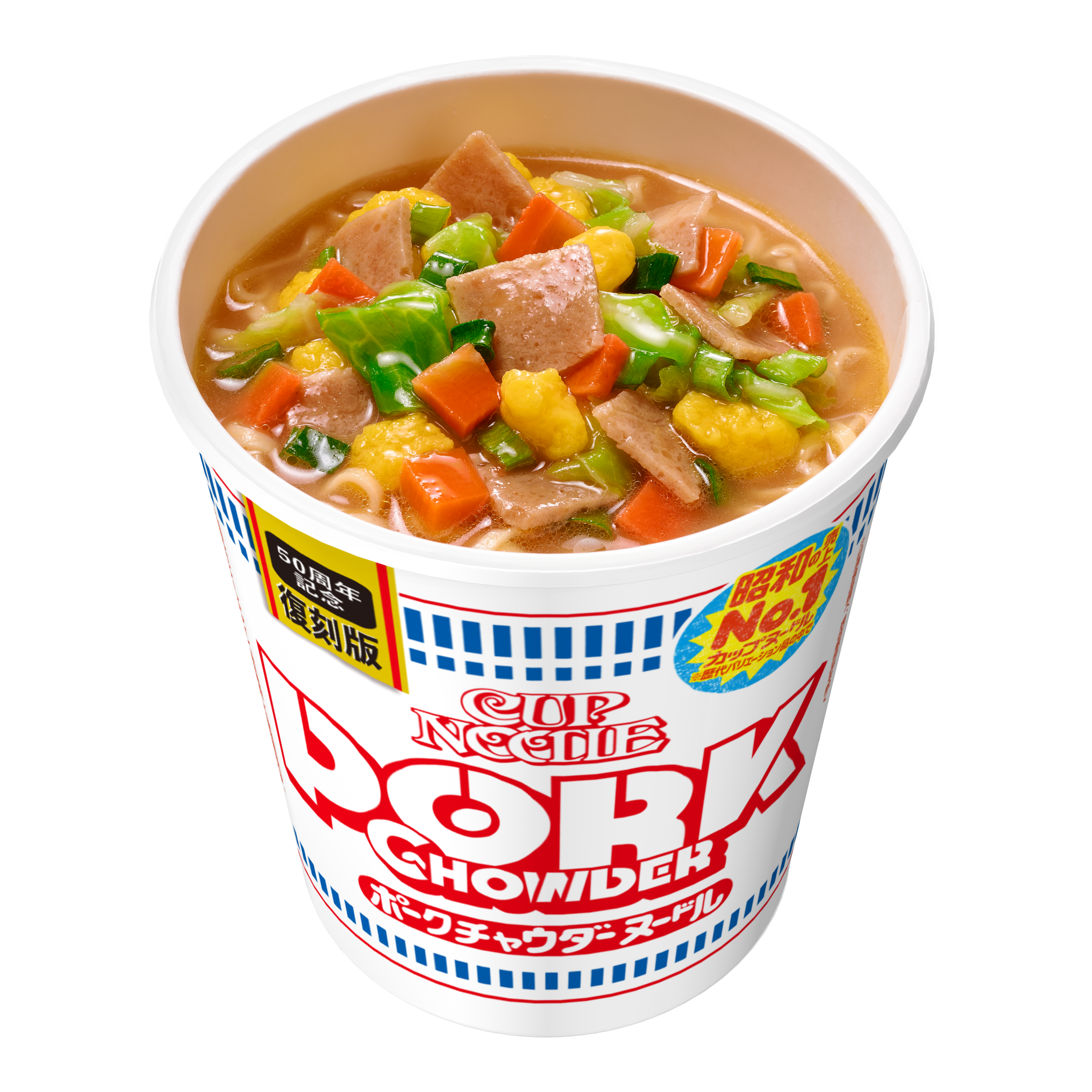 The Pork Chowder Noodle flavor was initially released in September 1983 and has a nice, thick broth made from slow-cooked pork. Along with the noodles, you’ll find chashu pork bits, scrambled eggs, cabbage, carrots, and onions inside as well, making it a flavorful and tasty instant noodle variety.

The Pork Scallop Chicken flavor first came out in August 1991 and has a roasted soy sauce and tonkotsu (pork stock) broth, which has been augmented with chicken, scallops, and spices. Combined with scallop-flavored fish cakes, chashu pork, scrambled eggs, bok choy, cloud ear mushrooms, and carrots, it makes for a very extravagant Cup Noodle meal! 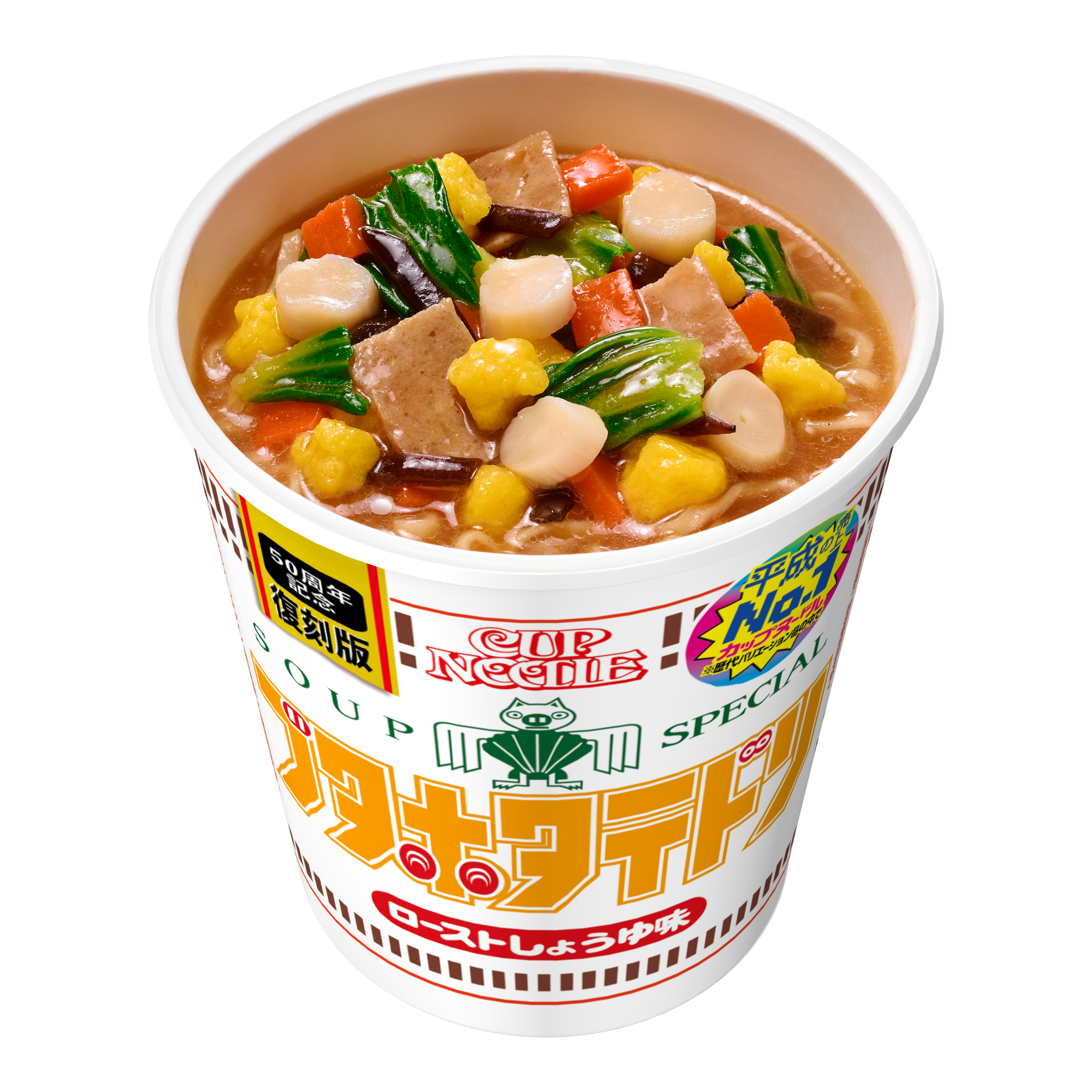 Those who grew up in the ’80s and ’90s will probably fondly remember these flavors, as they were Cup Noodles’ best-selling limited-time flavors of the Showa and Heisei eras, when they were eagerly snapped up by ramen lovers looking for a change of pace from the always-on-sale original flavor, Seafood, and Curry Cup Noodles. Naturally, Japanese Cup Noodle fans were pretty over-the-moon to hear about them making a comeback:

As the last comment indicates, both of these flavors will be sold exclusively at 7-Eleven in the gratuitous “BIG” size for 215 yen each (US$1.96) starting on September 28, so if you’ve got a hankering for old-school flavors, you’ll want to make your way to the closest 7-Eleven to pick them up!

Source: 7-Eleven, My Navi News via Livedoor News via Otacom
Images: 7-Eleven
● Want to hear about SoraNews24’s latest articles as soon as they’re published? Follow us on Facebook and Twitter!