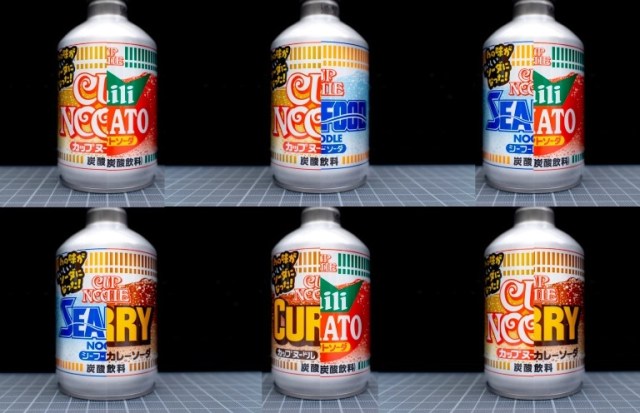 With the Cup Noodle brand celebrating its 50th anniversary this year, instant noodle maker Nissin has gone a little crazy with the celebrations. For starters, they made official hybrid Cup Noodles by mixing two different flavors of broth together, and they also released a line of Cup Noodle sodas.

But we spotted an obvious oversight here: You can get both hybrid ramen and ramen soda, but Nissin isn’t offering hybrid ramen soda. We decided to remedy this, and quickly grabbed a couple cans of Cup Noodle Soda from the company fridge to mix up a batch of combo drinks ourselves.

▼ We also put our photo-editing skills to use to create some visual representations of what hybrid ramen soda cans would look like. 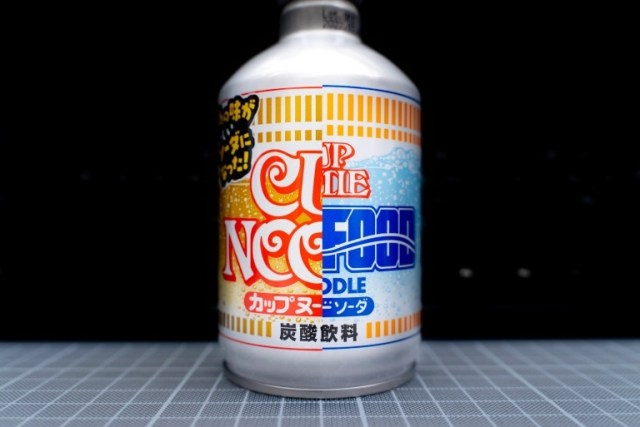 We chose to start off by making a Cup Noodle/Seafood mix, combining equal parts of both drinks. While the Original Cup Noodle soda is a golden color, the Seafood one is a milky white, and mixed together they looked like this. 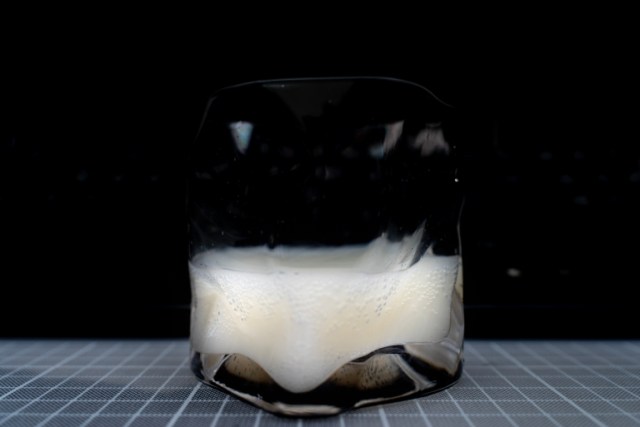 The aroma was…odd. Taking a sniff, we detected a slightly minty element to the bouquet, and also a certain sweetness that reminded us of corn potage soup. That creamy sweetness showed up in the flavor too, for a flavor that we found not undrinkable, but also not desirable. 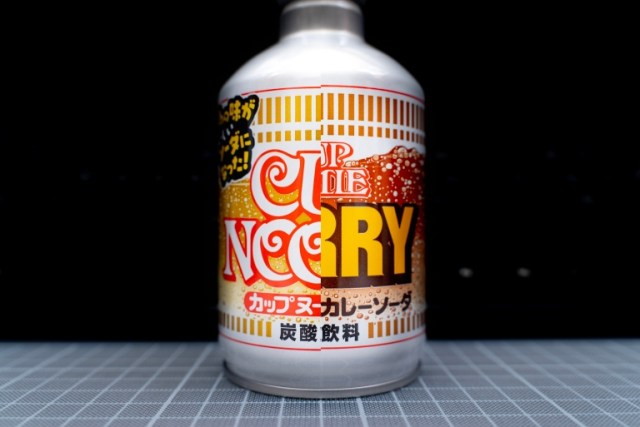 Our Original Cup Noodle/Curry Soda had an even more extreme aroma, with curry, naturally, and the minty element once again. Combined with the bubbles from the carbonation, it made us think of washing the dishes after cooking a pot of curry, when the roux gets watered down and foamy from the dish soap. 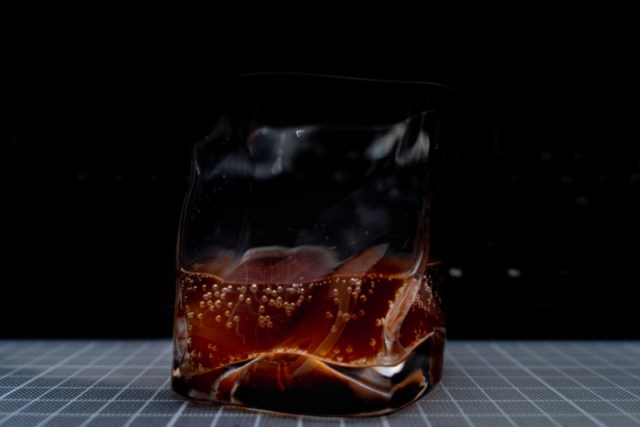 The flavor is anything but smooth and refreshing, sort of like those turmeric extract energy drinks they sell at Japanese drug stores, and with each mouthful we swallowed, and this mixture also gave us some seriously funky breath. Really, this is a great beverage to knock back before going on a date with someone you want to force into breaking up with you. 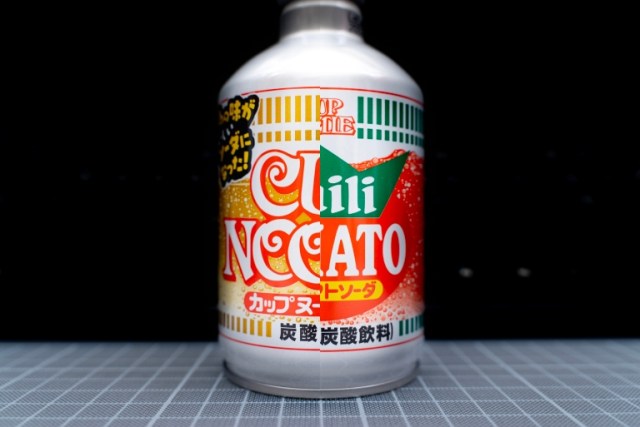 In the smell department, Original Cup Noodle/Chili Tomato is less offensive than the Original/Curry mix, but still pretty repulsive. 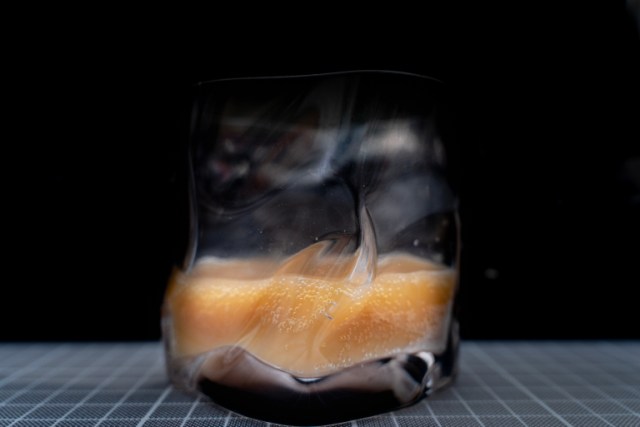 The bigger problem here, though, is the taste. It brings to mind the sensation of stale pizza and indigestion, and is so bad it made us think the drink had genuine animosity towards us. 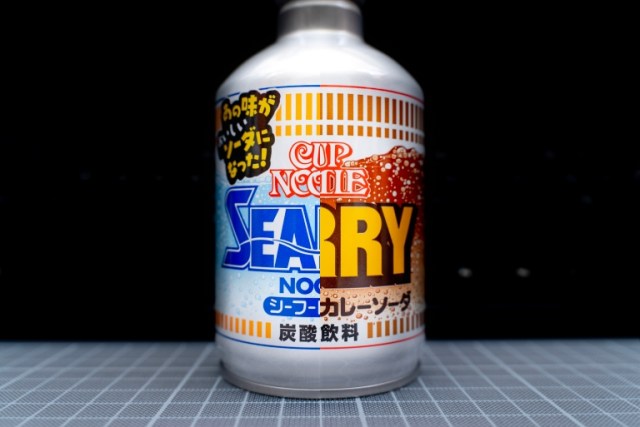 Foolishly pressing onward, we set the Original Cup Noodle flavor aside and started mixing the other sodas with each other. 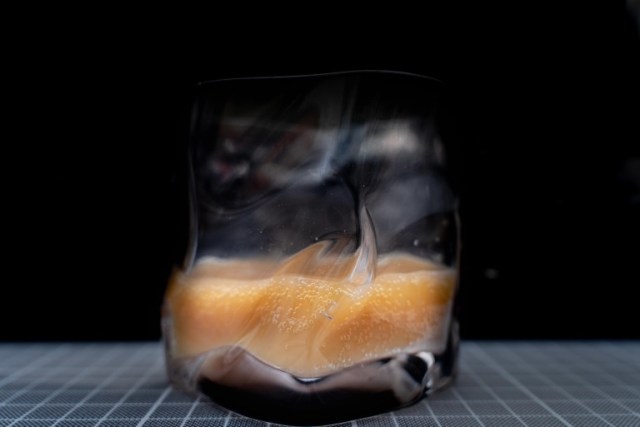 Seafood/Curry looked a little like muddy water with bubbles in it, and the flavor isn’t much more appealing. Like we mentioned above, the Seafood Cup Noodle Soda has a creamy element and the Curry a turmeric-like one, and those two do not play nicely together. 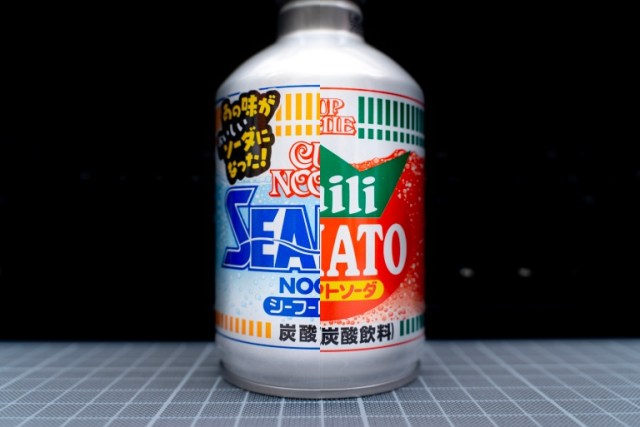 With our taste buds begging for us to stop, but our morbid sense of curiosity compelling us to keep going, we mixed together a glass of Seafood/Chili Tomato. This time the color made us picture an axolotl salamander. 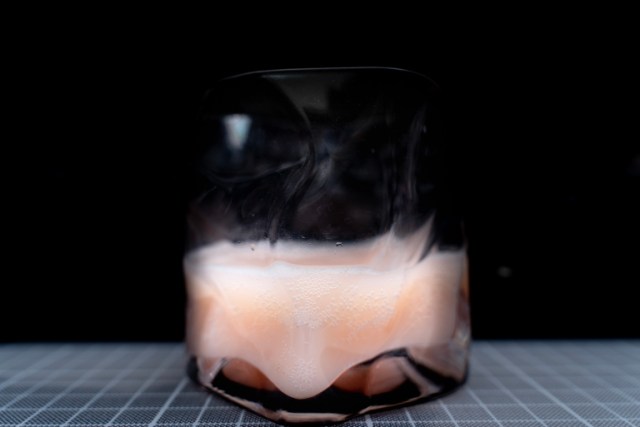 The smell was…painful. Weirdly sweet, yet not at all resembling any dessert we’d ever enjoyed. Flavor-wise, we’d describe this as a calamity of hell-sent tomatoes. 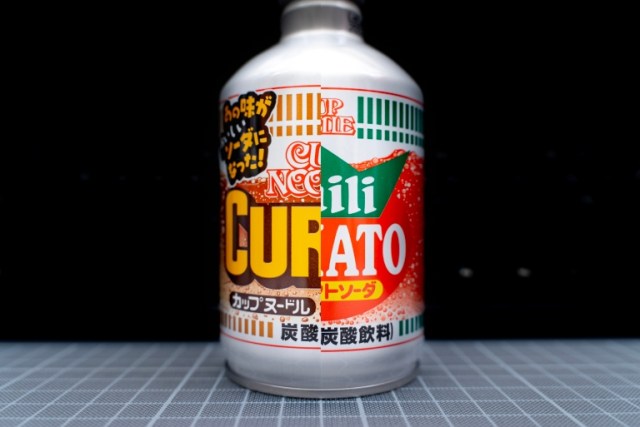 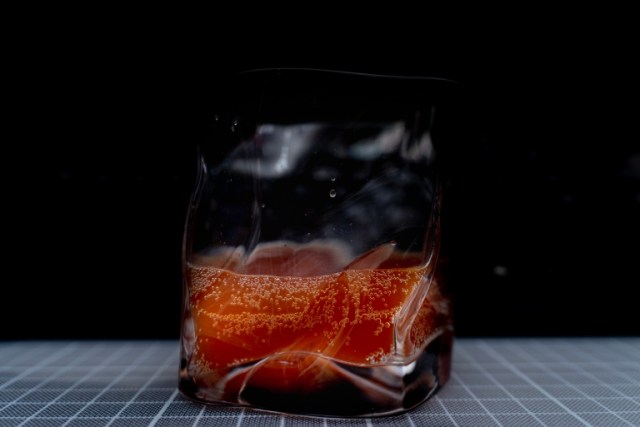 Can a smell be “sticky?” We know that’s supposed to be a tactile descriptor, but honestly, this one had such a cloying scent that “sticky” really seems like the most appropriate adjective. And once again, it tasted so bad that we thought it was trying to settle a personal grudge with our flavor receptors. Really, this isn’t something human beings were meant to drink.

So, overall, not the best result from our experiment. However, if for some reason the only beverages available to you were mixed Cup Noodle Sodas, it’s pretty easy for us to make a recommendation: just choose to die of thirst and save yourself the pain of drinking them.

Really, the whole think made us realize that Cup Noodle’s marketing team is already pretty insane, so things are probably always going to end badly for anyone who tries to out-crazy them.