Manas Tigers are all set to face Dihing Patkai Riders in the 28th match of the Assam T20 tournament. Both the teams are not having a good time in the ongoing competition. Talking about Manas Tigers, they registered their first win against Brahmaputra Boys by chasing down the target of 121 runs in just 15 overs. They are positioned at the second last on the points table.

Dihing Patkai Riders, on the other hand, are on the same track as Manas Tigers. They have also won only one out of the eight matches and are placed at the very bottom on the league table. Having a look at their previous battle with Kaziranga Heroes, it was almost a one-sided match as the opposition defeat them by a margin of 21 runs.

The surface will remain the same throughout the match. It will assist both bowlers and batsmen if they put maximum effort. We can expect a score around 130-140 in this match.

The skipper of Manas Tigers, Pallavkumar Das played a superb hand in the previous match. He scored an unbeaten 68 off 48 deliveries and helped his team to cross the victory line.

Amlanjyoti Das has been very effective with the ball for Manas Tigers. He has bagged 9 wickets after featuring in eight games.

The skipper of Dihing Patkai Riders, Sibsankar Roy played a vital role in the previous game. He scored crucial 46 runs that unfortunately went on a losing cause. Overall, he has scored 145 runs, alongside picking up 2 wickets.

Arup Das will be the other player to watch out for from the Dihing Patkai Riders team. He has picked up 8 wickets from seven matches. 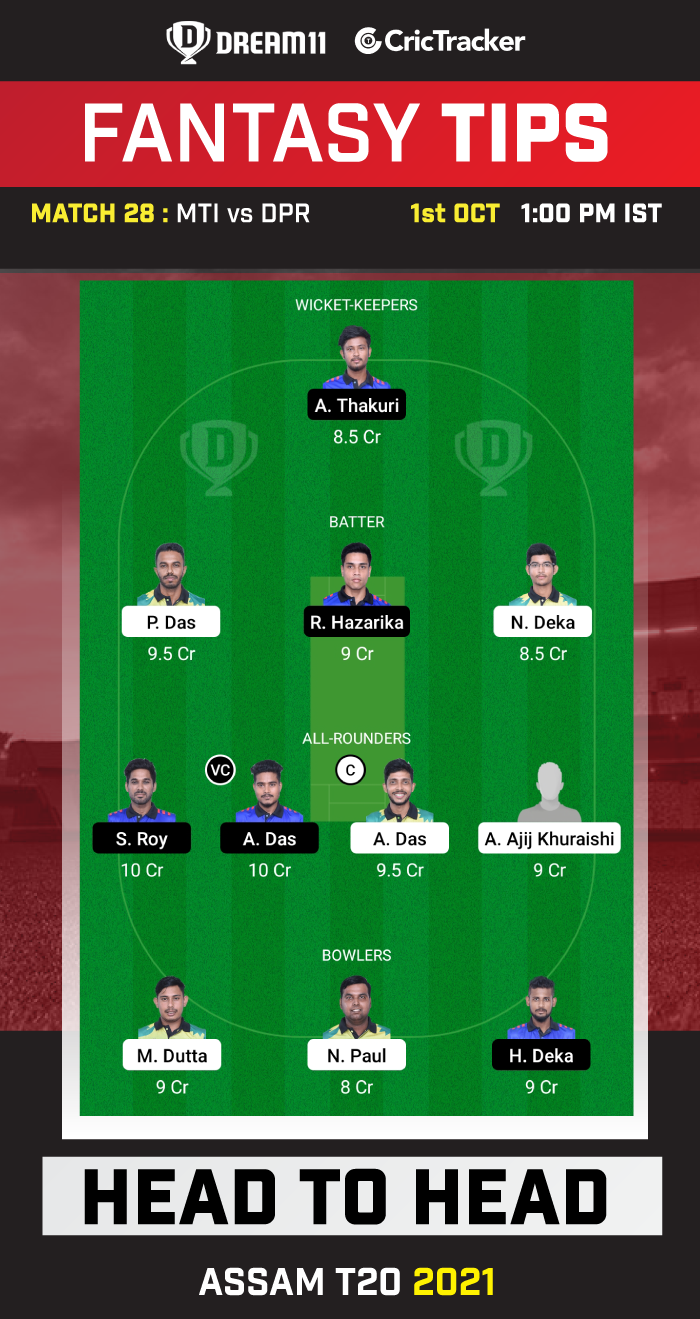 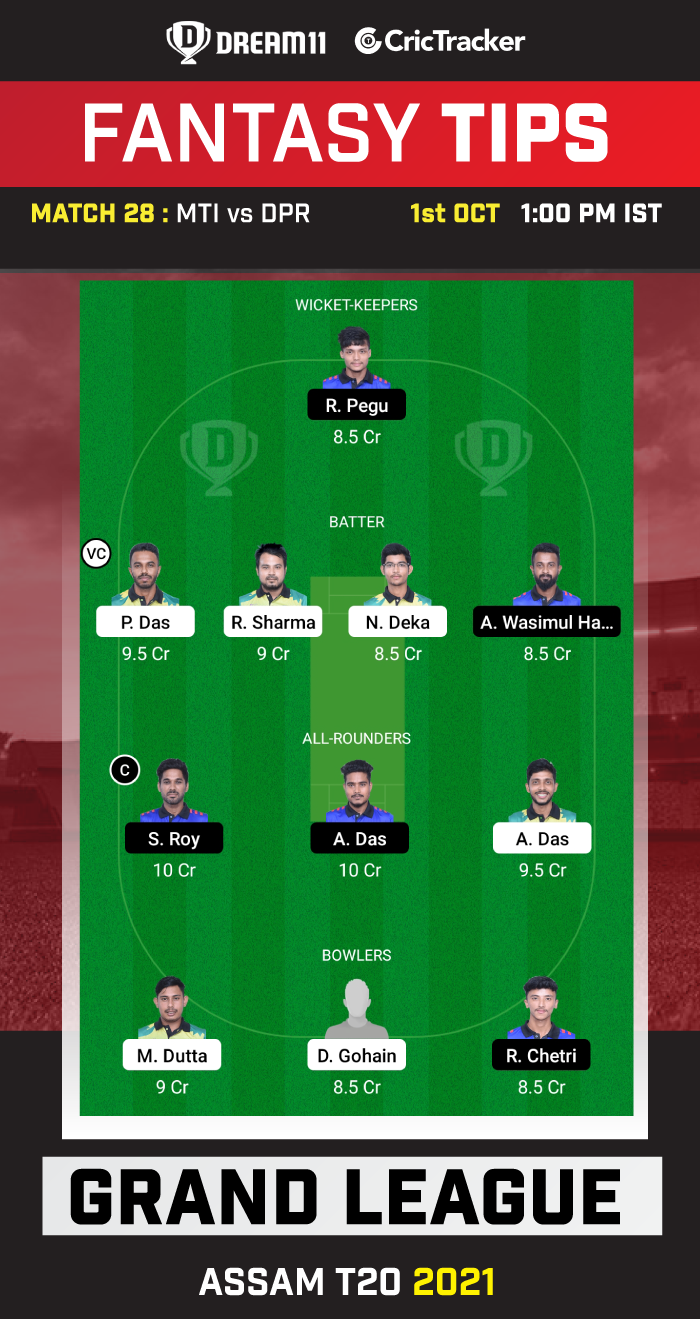 Manas Tigers are expected to win this match.