Hong Kong Cricket Club, on the other hand, are unbeaten in this tournament. They have won 4 matches on the trot and finished at the top spot in the standings with 8 points. They have beaten Kowloon Cricket Club in the group stages by 7 runs. Considering their present form they are favorites to win the finals.

It’s a balanced wicket where bowlers have dominated in the last 3 matches played here. The highest score registered here in the last 3 games is 164. Bowling first is a good option here.

Martin Coetzee has managed to score 64 runs in 4 matches so far in this competition at a strike rate of 85.33, with the highest score of 52.

KCC vs HKCC Must Picks for Dream11 Fantasy Cricket: 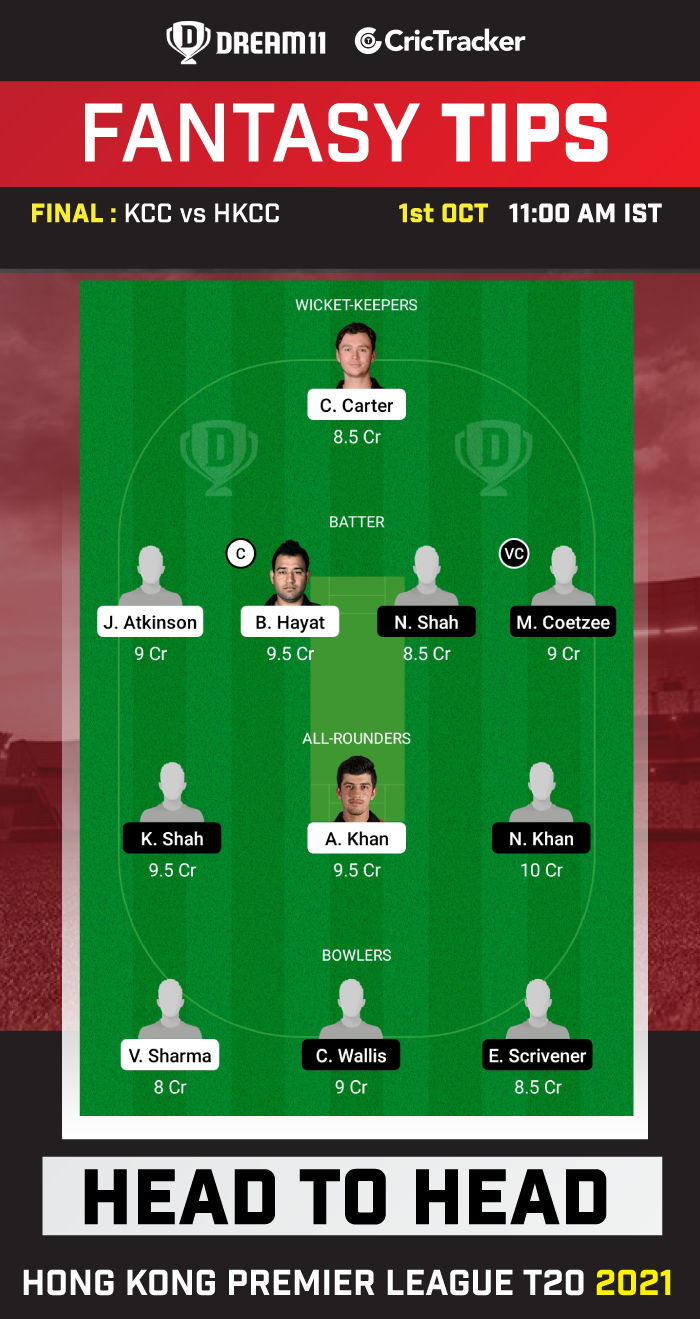 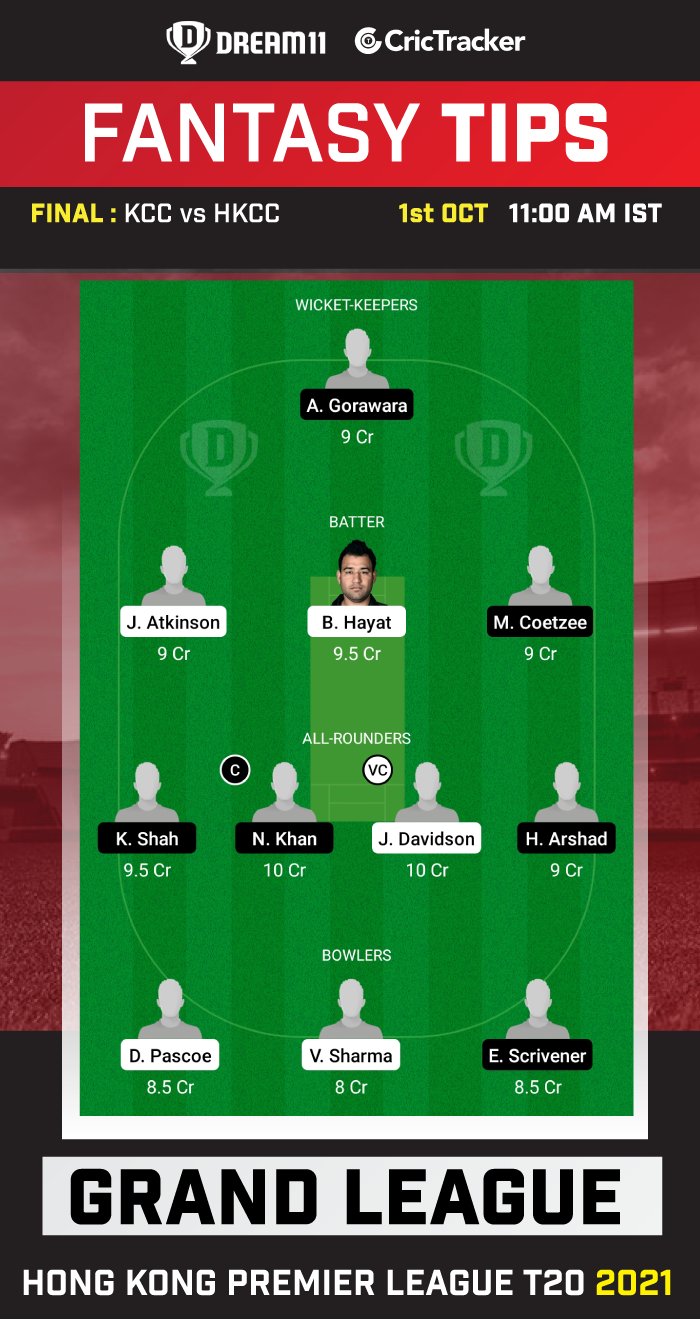 Hong Kong Cricket Club are expected to win this match.