Royal Challengers Bangalore (RCB) batsman Glenn Maxwell has blended in with the franchise in no time. He has gelled very well with his teammates and that has shown in his performances for the side.

Maxwell is having one of his best seasons so far since his breakout 2014 IPL with Kings XI Punjab (now Punjab Kings). On Wednesday, he led the way for RCB during their run-chase of 150 against Rajasthan Royals (RR) with his second consecutive fifty. 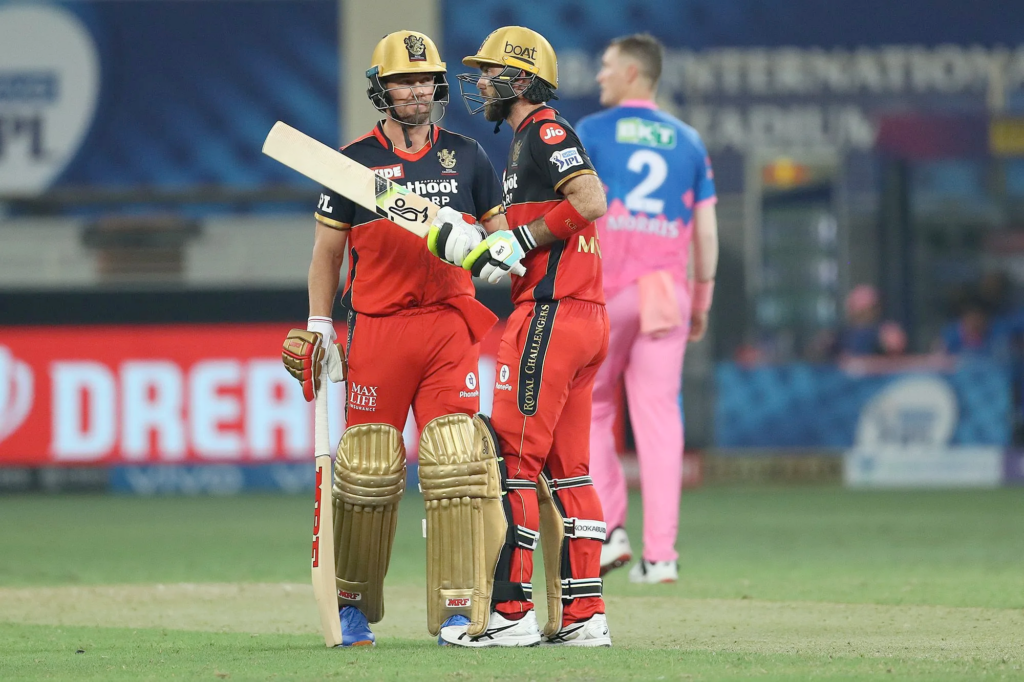 “I have felt good since coming here, got myself into a nice routine at training and outside of training as well, I just feel like it is really clicking for me. Nice to perform in the middle, adapting to the situations in front of me.”

“I don’t think it’s too different from any other franchise. It’s just what we have created as a group. It is nice to have a bunch of guys doing different things and not relying on one certain player. Everyone is chipping in, and it has been a really enjoyable group so far,” Maxwell revealed.

The Aussie praised his teammate and partner in the crucial third-wicket partnership, KS Bharat, against RR. Both Virat Kohli and Devdutt Padikkal were dismissed in the matter of a few deliveries and the onus was on Maxwell and Bharat to take RCB over the line.

“I thought we played really well. RR got off to an absolute flier, and to bring them back in the last 10 overs was outstanding, then we controlled the tempo of the innings and finished it off. I wouldn’t call it an experiment as he’s [Bharat] a genuine top-class batter, and the way he has gone about his innings is outstanding,” Maxwell further said.

RCB recorded their second consecutive win which secured their third spot on the table. They now have 14 points from 11 games and need two out of three wins to confirm their qualification for the playoffs.

The post IPL 2021: It Has Been A Really Enjoyable Group Of Players So Far- RCB Batsman Glenn Maxwell appeared first on CricketAddictor.