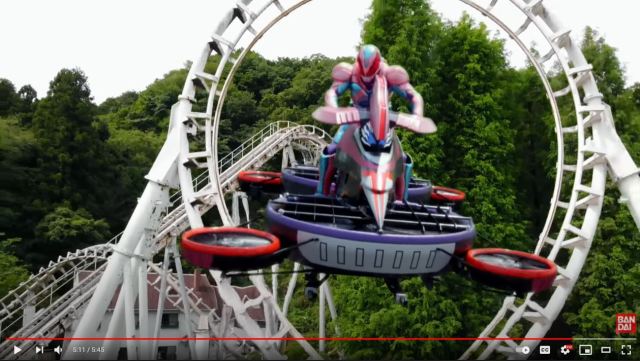 By far the most expensive toy the long-running series has ever featured.

On September 5, the latest iteration of the 50-year Kamen Rider tokusatsu series began. Called Kamen Rider Revice, the series takes the parasitic-buddy-comedy tone of the Venom movies as its hero Kamen Rider Revi must learn to work together with his own inner demon, Vice.

Like other chapters, this Kamen Rider series incorporates its own merchandise into shows to help streamline kids’ play-acting and thus sweeten toy sales. Also, like previous stories, the main character rides a motorcycle, but if you watch the above video closely, you may have noticed that this time it’s a flying motorcycle.

With all the monsters, lasers, and explosions flying around the show, it’s easy to just dismiss the hover bike as another prop. However, it’s actually a real, functioning hover bike developed by Tokyo-based A.L.I Technologies called XTurismo.

▼ An earlier model of XTurismo from 2019 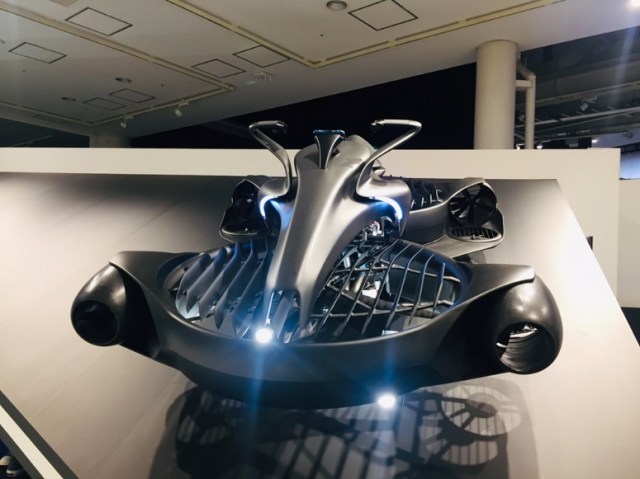 XTurismo is 3.7 meters (12 feet) long, 2.4 meters (8 feet) wide, and weighs about 300 kilograms (660 pounds). It runs on both fuel and electricity but only has a running time of 30 to 40 minutes. Still, since flying motorcycles aren’t road legal, it should be plenty of juice for some fun off-roading in the most literal sense possible.

The good news is that improved batteries that can prolong flight times and make XTurismo completely electric are expected around the year 2025, by which time legal issues surrounding hoverbikes will also hopefully become clearer. A.L.I. President and CEO Daisuke Katano told Daily Shincho in an interview that the currently developing drone legislation will likely chart the course of licensing and rules for the XTurismo too, since they are so similar.

Until then, it can be used by anyone regardless of a license but only on private land. A.L.I. also hopes the technology can be used by aid workers in disaster areas where roads have been rendered unusable.

They don’t come cheap, however, and though Katano didn’t quote an exact price he compared the cost of an XTurismo to that of a luxury sports car, which is a fairly big ballpark but suggests perhaps around 10,000,000 yen (US$90,000). On the plus side, he said that delivery may be possible as early as the beginning of 2022.

▼ If that’s too steep, then there’s always the other main vehicle of Kamen Rider Revice: Sitting on a manifestation of your inner demon’s face to create a robot Tyrannosaurus

It should also be noted that the Limited Edition Basic Model currently for sale has a considerably different look than the one seen in Kamen Rider Revice. But if you’ve already put in the money for the actual bike and are really committed to the show then a little customization might not be a huge hurdle.

But that also means you don’t have to be among the legions of Kamen Rider fans to enjoy an XTurismo. It can be used to live out any number of sci-fi stories in which hoverbikes appear. In fact, I’m already working on a life-sized Battletoads course and putting the finishing touches on my will, because we all know how that will end.