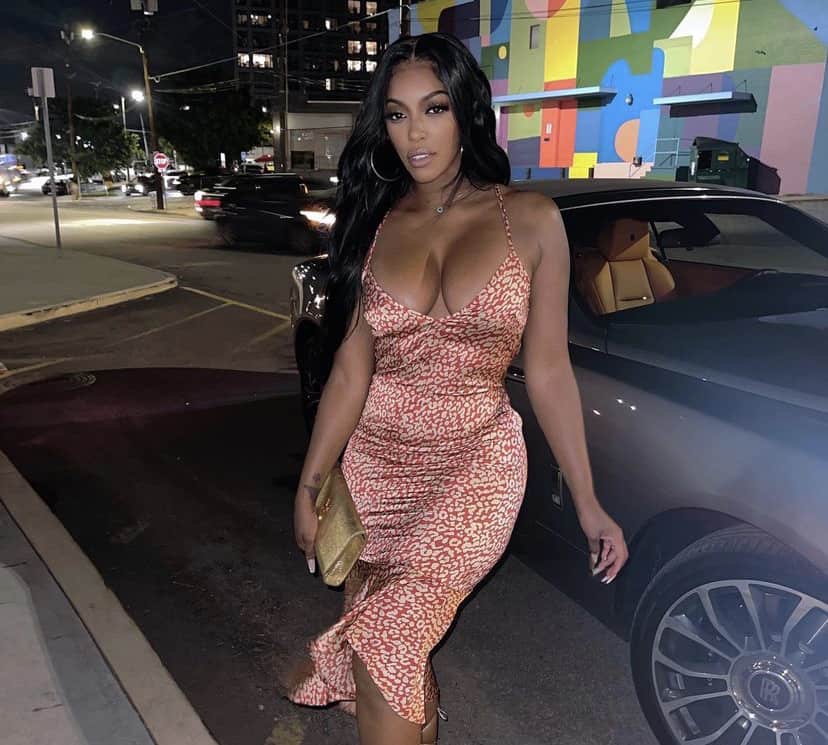 On Monday, Porsha spoke highly of her time on the show and described it as “life-changing, gratifying, and incredible.”

She then proceeded to announce, “It is finally time to begin my next chapter. Next season, I will not be returning to the ‘Real Housewives of Atlanta’ franchise. This was a difficult decision to not only make, but also come to terms with. It’s one I have put a lot of thought into and because of that, I know it’s the right one. ”

As she thanked everyone over at Bravo for everything over the past few years, she also spoke about her return to television, which will be on her own show. Last month she gave viewers a sneak peek.

“Don’t worry though, I’ll be back on your TV very soon,” she said. “I can’t wait to share all of my exciting new endeavors with the world-beginning with the release of my memoir, ‘The Pursuit of Porsha,’ out on November 16. As for the rest, you’ll just have to wait and see! Love ya!”

Last month, Porsha also made her departure from Dish Nation after eight years.

As we previously reported, Cynthia Bailey announced earlier this week that she will also not be making her return to the show after 11 years. She released a statement and said, “Thank you to my Real Housewives of Atlanta castmates for eleven of the most unbelievable years of my life; and the most incredible & UNFORGETTABLE memories! I am so grateful to have had this amazing journey, and I am anxiously waiting to embark on new adventures.”

Roommates, what are your thoughts?

The post Porsha Williams Announces That She Will Not Be Returning For The Next Season Of ‘Real Housewives Of Atlanta’ appeared first on The Shade Room.