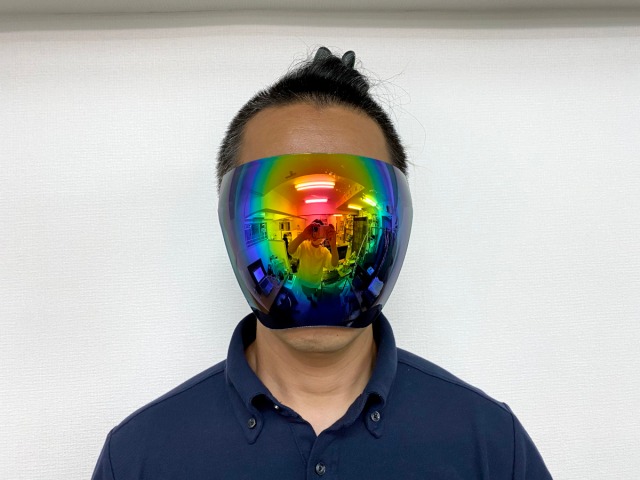 Sometimes it’s hard to believe we’re already 20 years into the 21st century. It seems like just yesterday we were all panicking that every computer in the world would glitch out at midnight 31 December, 1999 and launch every nuclear warhead at once. It also makes you wonder what type of pandemonium will grip the world in 2099.

If we’re still alive then, that is. For instance, our reporter P.K. Sanjun would have to live to the age of 123 to make it to the 22nd century, and even though he’s in pretty good shape that’s still a tall order. So he figured why wait for the turn of the century to come to him, when he can make it happen today! 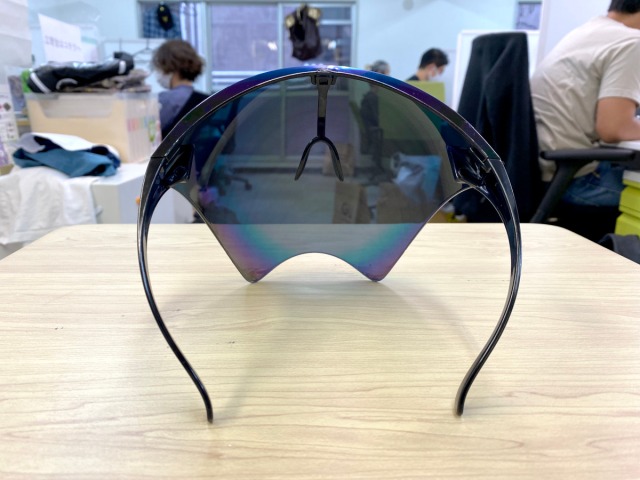 All it took was an order to Amazon for the Sunglasses Face Shield. There were actually a lot of different models for sale, but P.K. decided to splurge on one of the higher-end ones at 1,579 yen (US$14).

Aside from propelling him into the 22nd – nay the 23rd – century, this fashion statement solves a practical problem for P.K. as well. He tended to struggle with wearing sunglasses and face masks at the same time, but what if the sunglasses were the face mask?

Well, you’d get this… 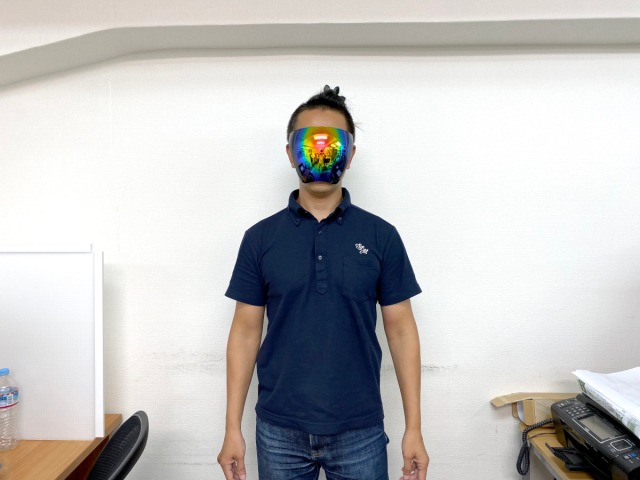 After donning his new Cobra Commander chic accessory, P.K. was surprised by how comfortable it was. It fits much like a regular pair of sunglasses, with a part that rests on the bridge of the nose, and for the most part our reporter actually forgot he was wearing it.

Of course the same couldn’t be said for those on the other side of it. 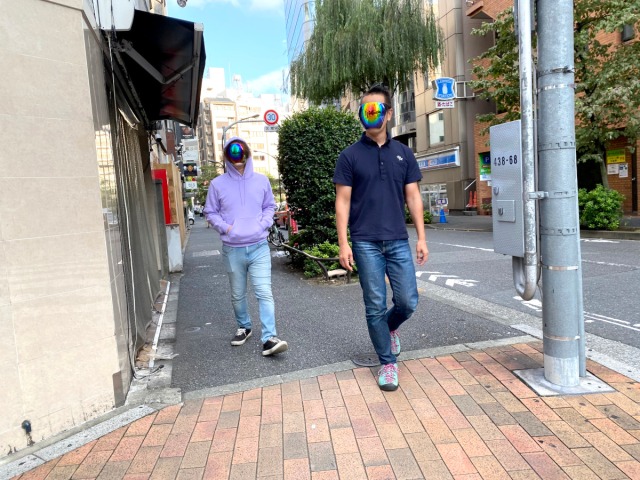 It was a little stuffy, but not much more than wearing a regular face mask. Since it was a solid material, it seemed to provide a better barrier for both his and other people’s aerosol droplets. He couldn’t say that it was safer with any scientific certainty, but it felt that way at least.

One thing he could be sure of, however, was that it’s hard to not to feel really conspicuous wearing full-face sunglasses out in public. It felt like the chances of P.K. and his walking partner Seiji Nakazawa getting mistaken for intergalactic bounty hunters and randomly attacked by brave-yet-misguided strangers had just gone up dramatically.

▼ Music’s got me feeling so free ♫ 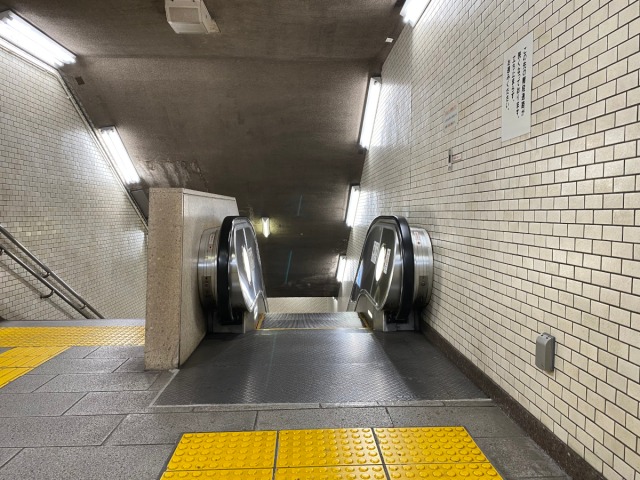 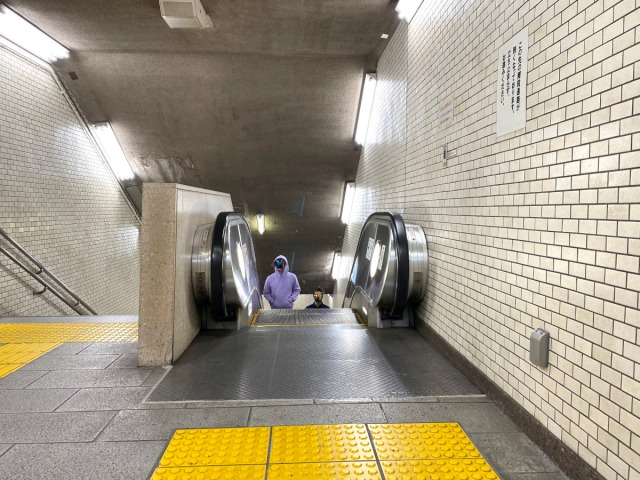 ▼ Celebrate and dance so free ♫ 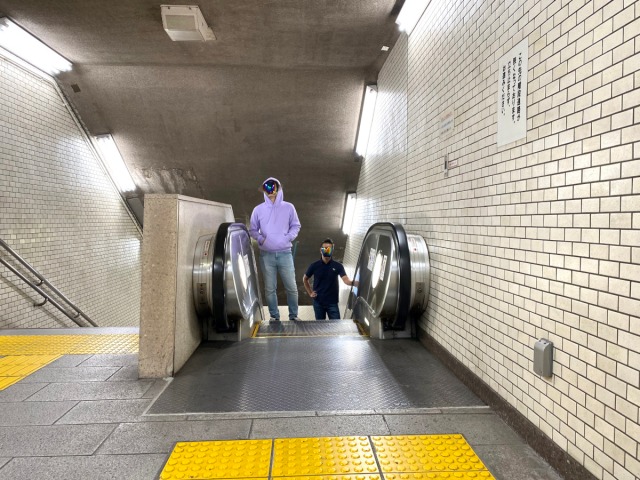 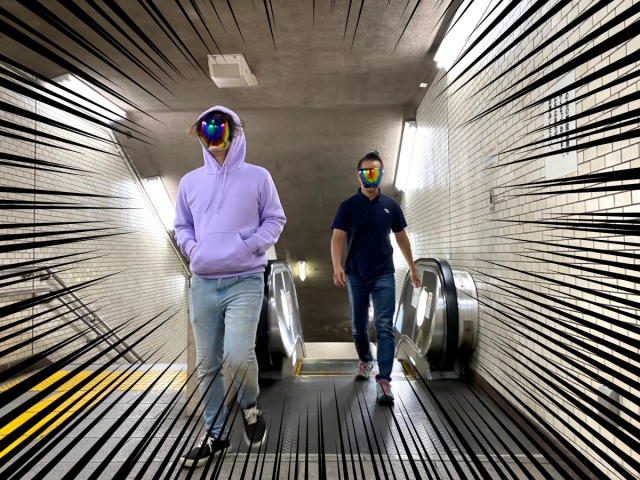 However, looking strange is a risk any forward-thinking fashionista must take, so our boys took it all in stride. Another plus is that these shields cut out UV rays, keeping their faces youthful-looking…or as youthful-looking as they were starting out. 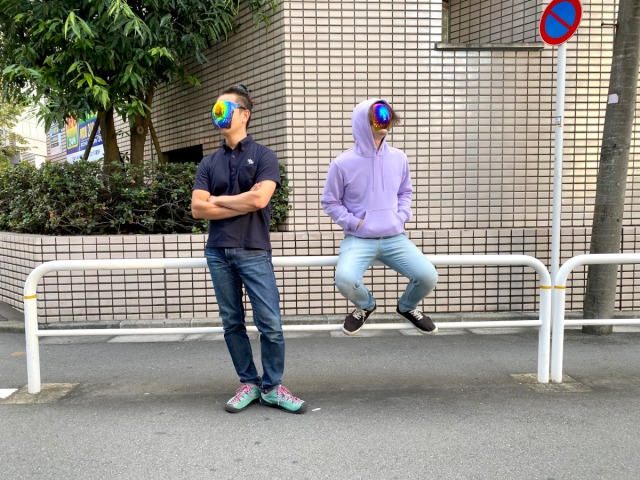 It might take a few hundred years for this style to take off, so there’s still plenty of time to get in on the ground floor of this cutting-edge look. All it takes is a small purchase and complete lack of self-consciousness.