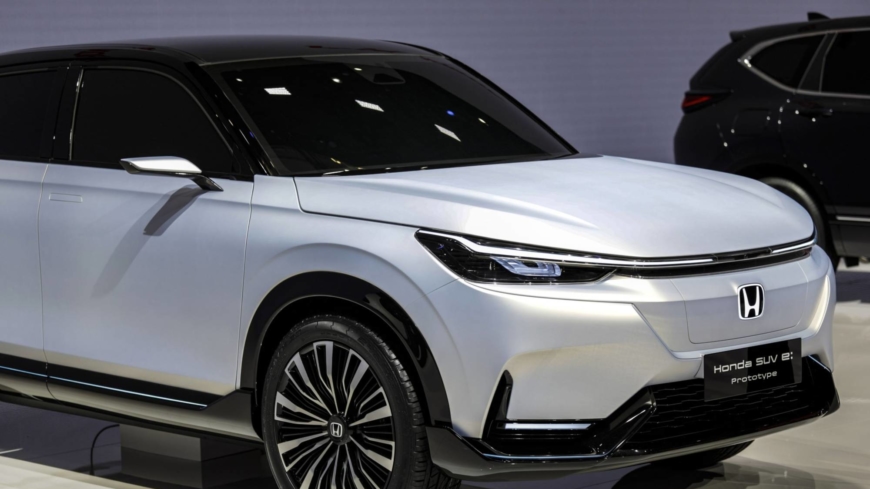 Honda Motor Co. is doubling down on the world’s biggest car market, pledging that all models it introduces in China after 2030 will be electric, as Chief Executive Officer Toshihiro Mibe pushes ahead with the Japanese automaker’s aim of ditching combustion engine cars globally by 2040.

Honda on Wednesday said it will introduce 10 electric vehicles under its “e:N Series” range within five years, with two models, the e:NS1 and e:NP1, set to go on sale next year from Dongfeng Honda and GAC Honda, the automaker’s joint-venture companies in China, respectively.

New, dedicated EV production plants will also be built at GAC Honda and Dongfeng Honda, starting in 2024, and Honda eventually expects to export its e:N Series models from the nation, according to Wednesday’s statement.

In addition, a strategic partnership with Contemporary Amperex Technology Co. Ltd., now the world’s largest maker of EV batteries, will be strengthened, Honda said. The two companies signed an agreement to cooperate on R&D in July last year when Honda bought a stake of around 1% in CATL.

Having a strong foothold in China is a prerequisite for Honda to achieve its 2040 carbon-neutral target, said Takeshi Miyao, an analyst at Carnorama. “This is the best scenario for Honda to expand its push to EVs,” he added, noting that while Honda has an alliance with American giant General Motors Co., China is the more advanced EV market.

Honda will face stiff competition, however. Toyota Motor Corp. and Nissan Motor Co. are also in China with Toyota planning 15 battery models by 2025 and Nissan already saying it will only sell electric and hybrid models by that date.

Still, EVs in China are on a steep growth trajectory. Figures from the nation’s Passenger Car Association showed deliveries of new-energy vehicles, which includes EVs and plug-in hybrids, soared 202% from a year earlier to 334,000 units last month.

“We see strong sales momentum for new-energy vehicles going forward,” PCA Secretary General Cui Dongshu said on Tuesday. McKinsey & Co. predicts the share of EVs in China will climb above 70% of new car sales by 2030, underscored by robust customer demand and a charging network that’s much more advanced than many Western nations.

“To achieve these targets speedily and steadily, in China, after 2030, Honda will no longer introduce any new gasoline-powered models and will electrify all new models coming to market,” it said on Wednesday.

The carmaker’s China push will also involve creating sales areas dedicated to the e:N Series at around 1,200 Honda dealerships around the country. Honda is also planning to launch e:N dealerships in major cities that will only sell the electric models.

“This strategy adds evidence to Mibe’s statement” of going all electric by 2040, Seiji Sugiura, a senior analyst at Tokyo Tokai Research Center, said. “The question is: Where does Honda’s uniqueness lie?”