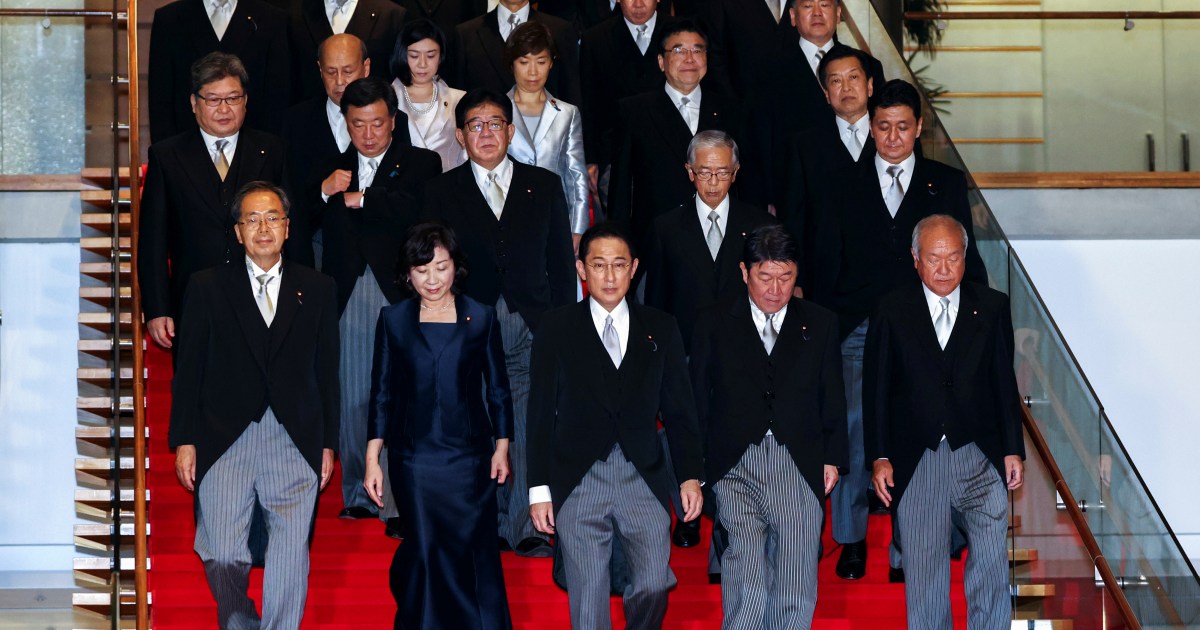 Campaign formally kicks off next Tuesday for the October 31 polls, which the ruling LDP is expected to dominate.

Japan is expected to dissolve its parliament on Thursday, setting the stage for an election at the end of the month that will pit new Prime Minister Fumio Kishida against an unpopular opposition in a battle expected to focus mainly on the coronavirus pandemic.

Kishida enjoys reasonable public support about a week into the job, polls show, boding well for his goal of maintaining a lower house majority for the ruling Liberal Democratic Party (LDP) and its Komeito party coalition partner.

Voters will want to see a government with plans for decisive action to end the pandemic and rebuild the economy.

A recent Sankei newspaper poll showed that about 48 percent want the Kishida administration to work on COVID-19 most, followed by economic recovery and employment.

Kishida’s party is promoting his push for COVID-19 measures, including supplying oral antiviral medication this year, as well as his vision of realising a “new capitalism” that focuses on economic growth and redistribution of wealth.

The ruling party has also called for a sharp increase in defence spending to acquire the capability to destroy ballistic missiles amid China’s increasingly assertive posture over Taiwan.

On Wednesday, Kishida held a phone meeting with his British counterpart, Boris Johnson, and reiterated their commitment to a free and open Indo-Pacific region, according to public broadcaster NHK.

The largest opposition party, the Constitutional Democrats (CDPJ), led by Yukio Edano, has highlighted issues such as its support for same-sex marriage and different surnames for couples.

The LDP remains socially conservative, and while progress has been made on LGBTQ rights in society, Kishida has said he was not in favour of same-sex marriage.

The biggest challenge for Constitutional Democrats is their low support ratings.

A recent poll by the Asahi Shimbun daily found only 13 percent were planning to vote for them, far behind the LDP’s 47 percent; most other polls record support in the single digits.

Canvassing in many districts is already underway, but the campaign will officially start on October 19, with the vote set for October 31.

Kishida took over from the unpopular Yoshihide Suga, who lasted just a year in the job.