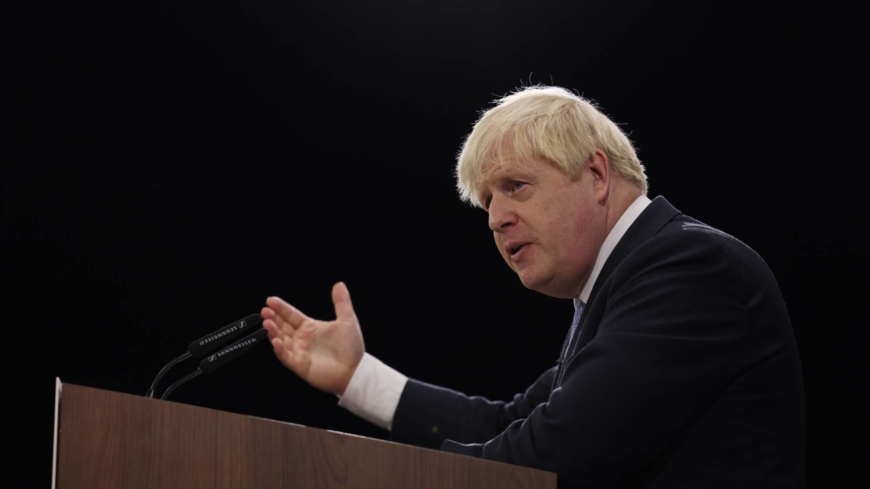 Prime Minister Fumio Kishida told his British counterpart Boris Johnson on Wednesday that he is considering whether to attend the leaders’ session of U.N. climate change talks to be held in Glasgow in early November, a senior Foreign Ministry official said.

Kishida is expected to decide whether to travel to the Scottish city to attend the gathering, known as COP26, depending on how Japan’s ruling coalition fares in the general election on Oct. 31, as well as if he would have an opportunity for a face-to-face meeting with U.S. President Joe Biden.

During their first phone talks since Kishida took office last week, the leaders agreed to strengthen Japan-U.K. relations and continue working closely together to realize a free and open Indo-Pacific region, according to the ministry.

The two welcomed the recent strengthening in security cooperation between their countries and agreed to sign at an early date an agreement to boost interoperability and collaboration between Japan’s Self-Defense Forces and the British Armed Forces, the ministry said.

The negotiations for a Reciprocal Access Agreement come as Tokyo and London are stepping up coordination in countering China’s military buildup and assertive territorial claims in the Indo-Pacific region.

Kishida and Johnson also exchanged views on the “regional situation,” including on China and North Korea, the latter of which has recently resumed ballistic missile tests, according to the ministry.

During the roughly 30-minute call, Johnson called on Kishida to attend COP26, and the Japanese leader replied that he is considering it, the official said.

But Kishida may not join the gathering in person if the ruling coalition performs poorly in the general election, in which he is seeking a strong mandate to implement an economic package to fight COVID-19. He has said attending virtually would be an option.

Johnson told Kishida that Britain is considering lifting import restrictions on Japanese food imposed in the wake of the 2011 Fukushima nuclear disaster, it said.