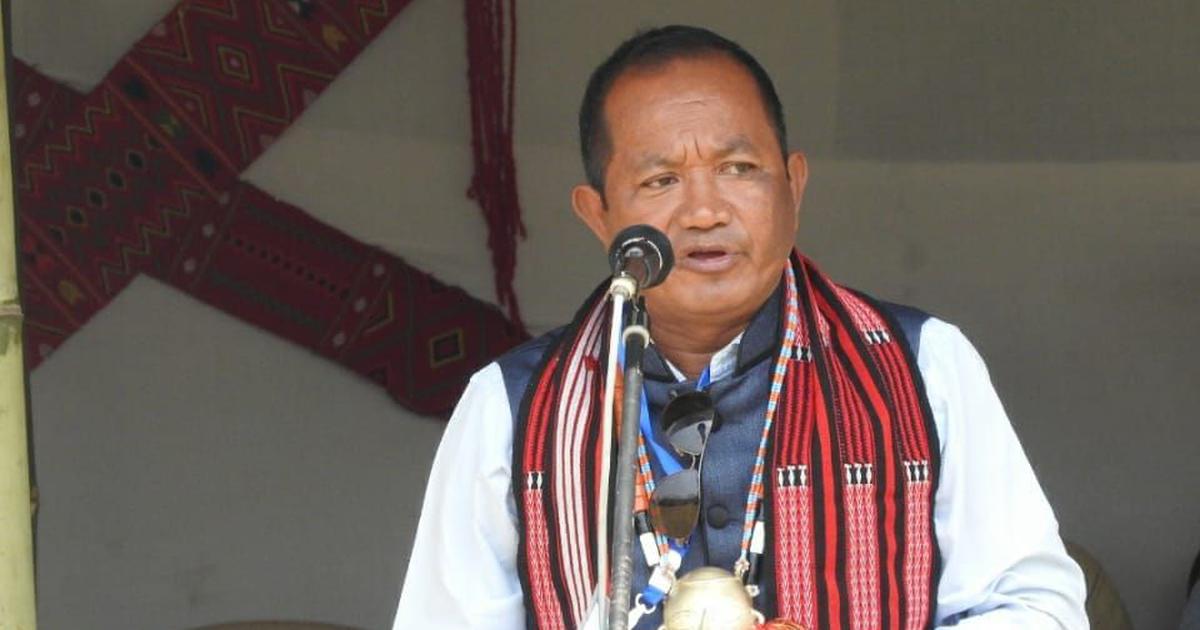 A Bharatiya Janata Party leader in Nagaland has alleged that Indian Army personnel fired at him and killed one of his companions on Saturday, while they were on the way to the area where the security forces had killed coal miners returning from work.

On Saturday evening, Army personnel ambushed a vehicle in Mon district, killing six workers returning to their village from a coal mine in a nearby forest. In a statement, the Army said its personnel had launched a security operation “based on credible intelligence of likely movement of insurgents”.

When he heard that six people from his village Oting had been killed by the armed forces, Nyawang Konyak, the president of the BJP’s Mon district unit, said he rushed towards the spot. There had been reports of retaliatory attacks on the Army by local residents and Konyak said he “wanted to go make peace”.

The BJP leader was accompanied by his driver, his nephew and a neighbour. They stopped at a “rest camp” – a cluster of sheds and small shops catering to coal miners – to make enquiries. As they were speaking, Konyak said, armed military men charged at them and opened fire indiscriminately.

“Khushi khushi maar raha tha,” he alleged. “They were joyously firing at us.”

All three men accompanying him were wounded in the firing, and one of them, his neighbour, eventually succumbed to the bullet injuries, Konyak added. Another civilian was also killed in this round of firing.

The security personnel, Konyak said, were fleeing towards Assam after local residents, angered by the ambush, had attacked them.

He expressed disappointment that the soldiers continued to fire at him and his companions despite his vehicle’s bonnet bearing the BJP flag. “They should have at least seen that, but instead they punctured my car’s tyres,” he said. “How will the world run if the Hindustani Army kills civilians like this?”

The Indian Army spokesperson did not respond to queries about Konyak’s allegations, but confirmed that 13 civilians had died. In the statement released earlier, the Army said one soldier had been killed and several others were injured.

Africa: The Long, Slow Death of Mobile Competition in Selected Africa Markets – Finding a Way Out of This Dead End

Cop rearrested after allegedly assaulting girlfriend while out on bail for rape, attempted murder

How GIANT Are These Meatballs?!? And…