U.S. President Joe Biden is set to kick off Thursday a two-day virtual “Summit for Democracy,” inviting more than 100 world leaders to galvanize international action to strengthen democracy in the face of challenges posed by countries deemed authoritarian such as China.

The U.S. government has emphasized the summit is not intended to be divisive or adversarial. But tensions between the United States and China have already heightened before the event, as Taiwan, a self-ruled democratic island which Beijing claims as its own territory, was among invitees while China was not. 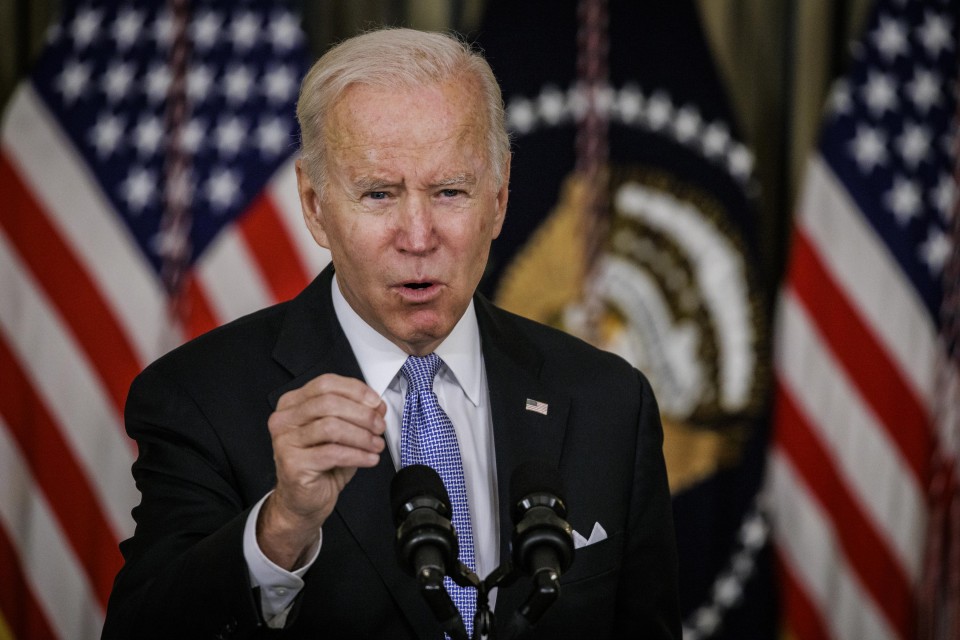 Japan, a key U.S. ally that has adopted a tougher stance toward China as the U.S.-China rivalry has intensified, has said Prime Minister Fumio Kishida will attend the meeting.

The Biden administration views the situation as a race between democracies and autocracies with the latter, including countries such as China and Russia, seeking to undermine the international rules-based order and human rights while claiming their models are better at delivering for their citizens.

At the summit, leaders are expected to discuss how democracies can deliver for their nationals, with the gathering serving as a platform for them to announce new commitments in accordance with the summit’s three thematic pillars — defending against authoritarianism, fighting corruption, and promoting respect for human rights, according to senior administration officials.

The event will be the first of what would be a two-step process, with Biden planning to host another “Summit for Democracy” in an in-person format about a year later.

China has been stepping up its attacks against the U.S. campaign, criticizing the summit for being a divisive event that puts “half of the world’s countries into a category of so-called ‘non-democracies’ with its own yardstick.”

It has also criticized the American political system and society as flawed, citing its poor handling of the coronavirus pandemic, entrenched racism, and failed efforts to stabilize countries such as Afghanistan through democratization.

A deadly attack on the U.S. Capitol in January this year by a mob seeking to overturn the outcome of the U.S. presidential election also exposed the vulnerability of democracy in the country that has long championed such values.

The Biden administration has conceded that “no democracy is perfect” and that they see themselves “as a democracy not with all of the answers, but with openness and transparency about our efforts to overcome challenges at home while working with partners to support democracy and human rights abroad.”

It has also sought to play down questions over the reasoning behind the selection of the invitees, such as bringing in the Philippines but not Thailand, even though they are both U.S. treaty allies. Manila was invited despite being criticized for human rights abuses such as extrajudicial killings conducted in the country’s war on drugs.

Hungary — a North Atlantic Treaty Organization member that is showing democratic backsliding as Prime Minister Viktor Orban strengthens his grip on the country — was not invited. Turkey, also a NATO ally but deemed an autocracy under President Recep Tayyip Erdogan, was also not invited.

White House Press Secretary Jen Psaki has said that “inclusion or an invitation is not a stamp of approval on their approach to democracy, nor is exclusion a stamp of the opposite of that.”

“It’s just meant to have a diverse range of voices and faces and representatives at the discussion,” she said.

Including Taiwan in the list of participants can be seen as another sign of U.S. support for the island, which is under military pressure from an increasingly assertive China.

China and Taiwan have been governed separately since they split in 1949 as the result of a civil war.

Lithuania, which has been facing diplomatic pressure from China for deepening ties with Taipei, has also been invited.

Afghanistan, taken over by the Islamist Taliban earlier in the year as U.S. forces withdrew, was not asked to be involved. Russia and North Korea also did not receive an invitation.

U.S. invites Taiwan to virtual “Summit for Democracy” in Dec.

Biden, Xi agree to communicate amid tension, but no breakthrough