Arminia Bielefeld attacker Masaya Okugawa scored for the third straight game in the German Bundesliga on Saturday, taking his tally to six goals this term in a 2-2 draw away to Freiburg.

The Japanese 25-year-old let it fly from just outside the box and beat opposing keeper Benjamin Uphoff on the hour mark when his side were two goals down before Bryan Lasme scored three minutes from time to salvage a point for the visitors. 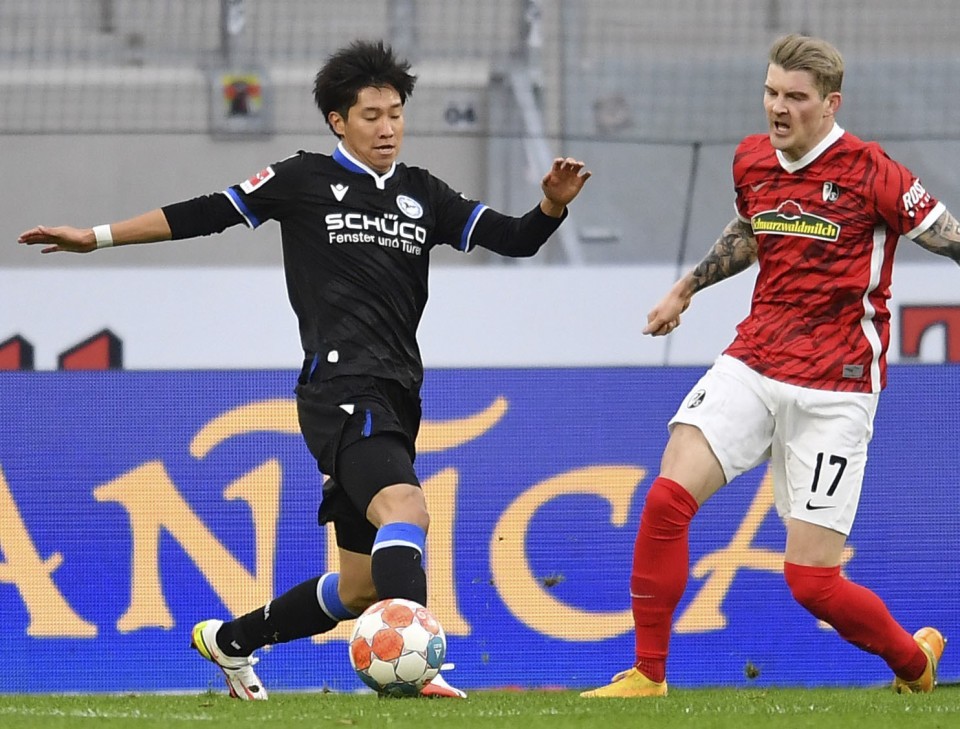 Masaya Okugawa (L) of Arminia Bielefeld vies for the ball in a Bundesliga match against Freiburg in Freiburg, Germany on Jan. 8, 2022. (Kyodo)

Okugawa joined Bielefeld on loan from Red Bull Salzburg last January before making the move permanent in the summer and he is his side’s top scorer this season.

Okugawa has yet to play for the Japan national team but was called up by manager Hajime Moriyasu in November 2020 while still at Salzburg before being forced to withdraw following a COVID outbreak at the club.