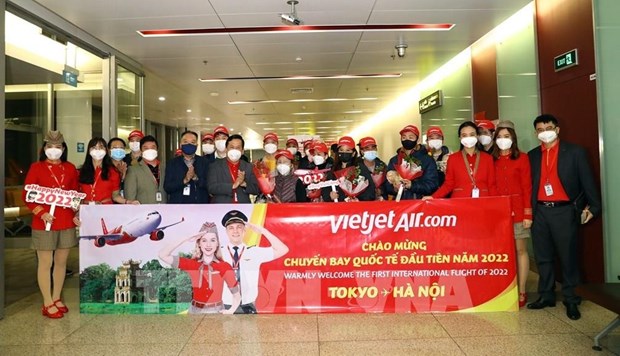 Hanoi (VNA) – Hanoi has welcomed the first international flight from Tokyo, Japan, with 143 passengers on board of 2022, according to the municipal
Department of Tourism.

The department reported that the capital city served about 60,000 tourists, mainly
domestic visitors, in the three-day New Year holiday from January 1-3, down 49
percent year-on-year.

Due to the complicated developments of the COVID-19 pandemic, relics sites in Hanoi
have not yet re-opened. However, museums and parks have welcomed
back visitors. 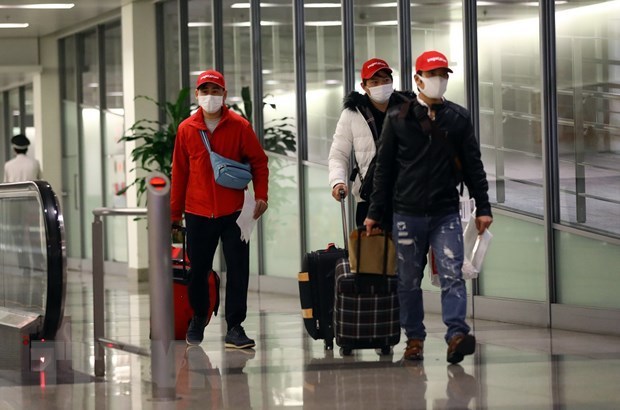 Tourist attractions that draw a large number of visitors during the holiday included the
Vietnam National Village for Ethnic Culture and Tourism in the Dong Mo tourism
area in Son Tay town, the Ba Vi National Park and the Tan Da tourism site
in Ba Vi district, and the Thien Duong Bao Son Park in Hoai Duc district.

In
recent times, travel firms in Hanoi have actively developed new products and
tour programmes suitable for the new normal, with typical tours such as a
tour cycling Co Loa Citadel, a tour to Dong Mo – Ba Vi – Duong
Lam ancient village by bicycle, a tour to French style architectures, standup paddle boarding (SUP) on the Hong (Red) River and camping service on the outskirts of the
capital city./.