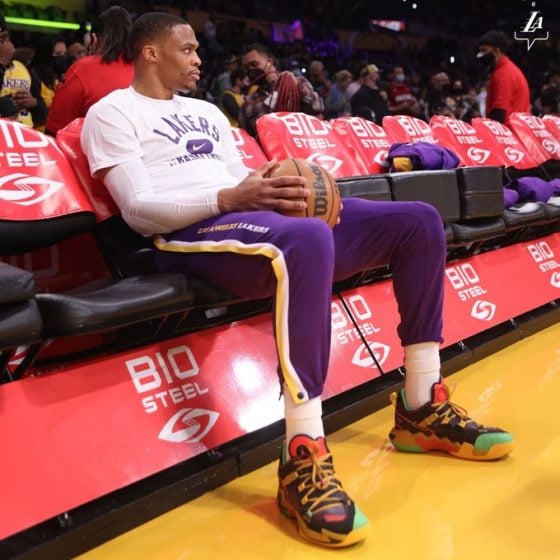 Russell Westbrook continued to struggle converting his shots as he made just 2 out of 14 shots against the Sacramento Kings. His shooting slump now extends to three games.

“Trade Russ” is trending on Twitter after the Kings game as the Lakers fans appear to express their disappointment in Westbrook’s performances.

This season the 33-year-old point guard is averaging 19 points, 8.1 rebounds and 8.2 assists per game for the Lakers.

The post “Trade Russ” trends on Twitter after Russell Westbrook has another poor shooting night appeared first on TalkBasket.net.