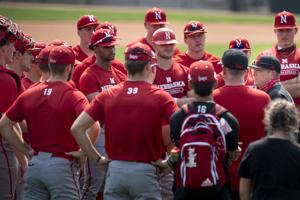 The Nebraska baseball team checks in at No. 20 in Baseball America’s preseason poll.

The Huskers are the only Big Ten team in the top 25. Texas is No. 1, Vanderbilt is No. 2 and defending national champion Mississippi State is No. 3.

The national ranking is the second for the Huskers this preseason. The Huskers are No. 22 in the Perfect Game preseason poll. USA Today and NCBWA will soon release their polls.

Grand Island grad joining Huskers: Cole Evans, a Grand Island graduate who started his collegiate career at Creighton, announced his commitment to Nebraska over the weekend.

Evans was a three-time Super-State selection and the 2019 Nebraska Gatorade Player of the Year.

The outfielder was at Creighton in 2020 before transferring to Parkland College in Champaign, Illinois. Evans hit .365 with 13 homers, 13 doubles and 54 RBIs and was named an NJCAA Division II All-American last season.

Get local news delivered to your inbox!