The Allu Arjun starrer Pushpa: The Rise – Part 1 that released last December still continues to run in theatres. The film which came along with little expectations surprised everyone as it emerged as one of the biggest sleeper hits of the year. After a sluggish start the business of Pushpa saw exponential growth over the following weeks. Now, in its sixth week running the film continues to do business at a steady rate. 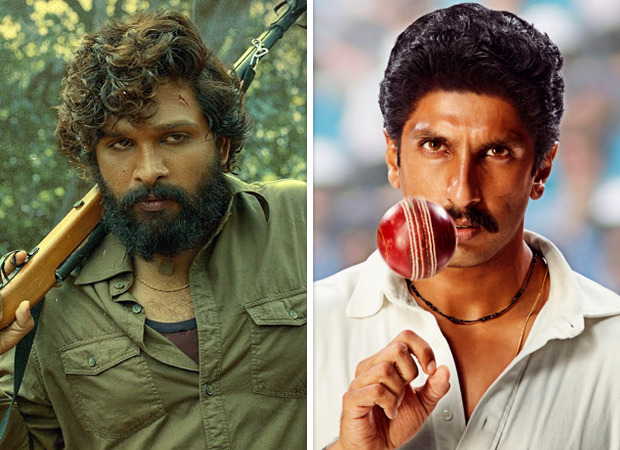 In this box office report we take a look at the collections of Pushpa: The Rise within the Mumbai circuit while comparing the same to previous releases. Interestingly, Pushpa has managed to fare better than the Ranveer Singh starrer 83. Collecting Rs. 35.89 cr. in Mumbai alone, Pushpa ranks as the second highest grosser in this territory after the Akshay Kumar starrer Sooryavanshi that had collected Rs. 81.43 cr. Taking third spot is the sports bio-pic 83 that drew in Rs. 34.03 cr., followed by the Salman Khan – Aayush Sharma starrer Antim – The Final Truth that collected Rs. 11.53 cr.

If that wasn’t enough, in the domestic territories of CP, Bihar – Jharkhand, Assam, and Orrisa Pushpa: The Rise has fared better than 83 as well. While in Nizam-AP and CI, the Allu Arjun starrer has far surpassed the business of 83 but still is preceded by the Akshay Kumar starrer Sooryavanshi.

As of now, with the total collections of Pushpa pegged at Rs. 94.56 cr., expectations are that the business of the film will achieve the Rs. 100 cr. mark in the coming days. In fact, with new releases opting to hit screens at later dates Pushpa: The Rise has gained an added lease on life in theatres.