In his Daily Market Notes report to investors, while commenting on relief rallies, Louis Navellier wrote:

Dividend growth and growth stocks remain an oasis for investors seeking to protect themselves from runaway inflation. That is the good news. The bad news was in the wake of Amazon.com, Inc. (NASDAQ:AMZN)’s disappointing earnings as well as Apple Inc (NASDAQ:AAPL)’s comments that it was not immune to supply chain disruptions, the stock market decide to capitulate and make new lows last Friday. Technically, I could argue that the S&P 500 was merely retesting its March 14th lows, but both the NASDAQ Composite and Russell 2000 made new lows.

Get The Full Ray Dalio Series in PDF

Get the entire 10-part series on Ray Dalio in PDF. Save it to your desktop, read it on your tablet, or email to your colleagues 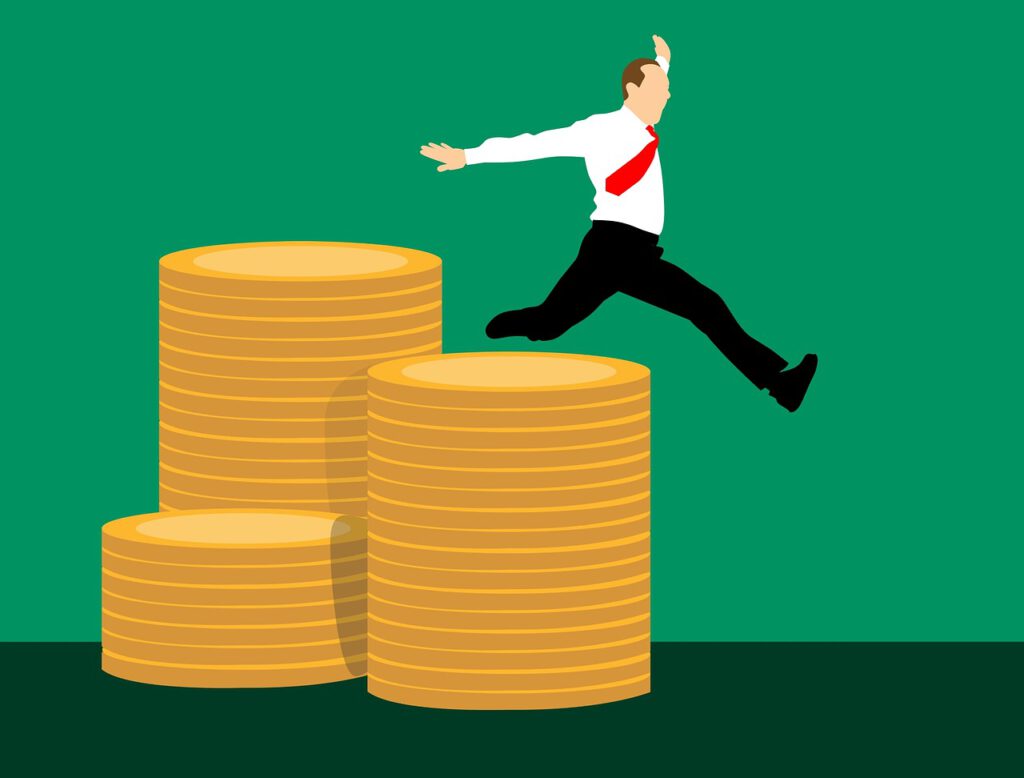 As most hedge funds struggled to earn a positive performance in the first quarter of 2022, Praetorian Capital ripped ahead, adding 15.6% net of fees during the quarter. The fund, which focuses on a concentrated portfolio of asymmetric opportunities, has outperformed meaningfully since its inception in January 2019. Q1 2022 hedge fund letters, conferences and Read More

Some astute stock market observers are pointing out that due to inflation, a massive PE (price-to-earnings ratio) compression is now underway. That is an understatement since our average growth stock trades at 15.9 times median current earnings and only 4.1 times median forecasted earnings. Under no circumstances can I justify such low valuations, unless a nuclear war is about to unfold.

According to the Commerce Department, the primary reason for its negative GDP estimate for the first quarter was due to inflation, trade imbalances, and supply chain disruptions. I for one have a hard time believing that the supply chain disruption from the China Covid lockdowns has triggered a U.S. recession.

Do we really buy all our stuff from China? I have never seen a recession ensue when the ISM manufacturing and service surveys are positive. Furthermore, consumer spending and sentiment remain positive. The irony is that the Commerce Department’s flash GDP estimate for the first quarter does not include the March trade data.

The March economic statistics are simply not characteristic of a recession, so I am expecting that the Commerce Department will be revising its first-quarter GDP estimate higher in the upcoming weeks and months. In the meantime, the stock market has a psychological problem as well as some mechanical trading problems, since the Citadel algorithms have been overrun by reckless selling pressure, especially from ETFs that all too often trade at a big discount to their underlying stocks, which further fuels panic selling pressure.

If you sold any ETF during market hours on April 29th, you were “fleeced” by Wall Street and received less than the underlying stocks due to wide bid/ask spreads. Naturally, the news is unduly influenced by Wall Street which uses them as a pawn to manipulate and spark trading volume, so Wall Street can fleece naïve investors. In general, you will always get a better price and tighter bid/ask spreads selling into strength.

Relief Rallies in May

What I expect in May is a series of relief rallies where major stock market indices find firmer footing. We are fortunate that our dividend growth and growth stocks are still posting record quarterly sales and earnings, so we should continue to get an extra boost from these announcements. However, by far the big macro event will be a change in leadership in Russia and/or a ceasefire in Ukraine. A 20% relief rally in the NASDAQ Composite and Russell 2000 is certainly very possible.

Another significant event in May will be the Federal Open Market Committee (FOMC) statement after the Fed increases its key interest rate. Japan has refused to change its interest rate policy due to inflation and the European Central Bank (ECB) President, Christine Lagarde, recently rejected increasing interest rates and on an IMF panel said “For goodness sake, let’s wait until we have by the data and then we move on to decide.”

Due to the fact that both Japan and the ECB have refused to increase interest rates, the U.S. dollar remains very strong, which means that domestic companies have a big advantage compared to multi-international companies suffering from getting paid in weak currencies and lackluster international economic activity.

Ironically, Atlanta Fed recently issued its initial second-quarter GDP estimate at a 1.9% annual pace. The consensus of most economists ranges from a 1.7% to a 4.8% annual pace, so the Atlanta Fed is currently below the median estimate. If the supply chain bottlenecks diminish in the second quarter, I expect GDP growth to resurge.

The Institute of Supply of Management (ISM) this week announced that its manufacturing index slipped to 55.4 in April, and is now at the lowest level since July 2020. However, since any reading over 50 signals an expansion, the manufacturing sector is still growing. The new orders component slipped to 53.5 in April, while the production component declined to 53.6 in April. On a more positive note, the backlog component declined to 56 in April, so the ISM manufacturing index is expected to remain healthy due to persistent order backlogs. Also notable is that fully 17 of the 18 industries that ISM surveyed expanded in April.

The world’s largest bottle of whiskey, The Intrepid, a 5-foot 11-inch tall bottle of 32-year-old whiskey holding 82.16 gallons of single-malt Scotch, is set to be auctioned in Scotland. The auction house said the bottle could set a new world record for the most expensive bottle of whiskey if it fetches a high bid exceeding $1.9 million. Source: UPI. See the full story here.

1Win Official App Review | How to Download and Install