Despite their shares being down almost 50% from last year’s all-time high, Advanced Micro Devices (NASDAQ:AMD) was a welcome sight for sore eyes this week. Equity markets have been under their longest period of selling pressure since the COVID panic of 2020, and in terms of the performance, we have to go back decades to see a worse start to the year. A deadly cacophony of soaring inflation, slowing growth, and rising interest rates has created a potent risk-off sentiment that has hit growth and tech stocks the most.

Get The Full Warren Buffett Series in PDF

Get the entire 10-part series on Warren Buffett in PDF. Save it to your desktop, read it on your tablet, or email to your colleagues

How To Identify Dividend Growers And Win Big With Them 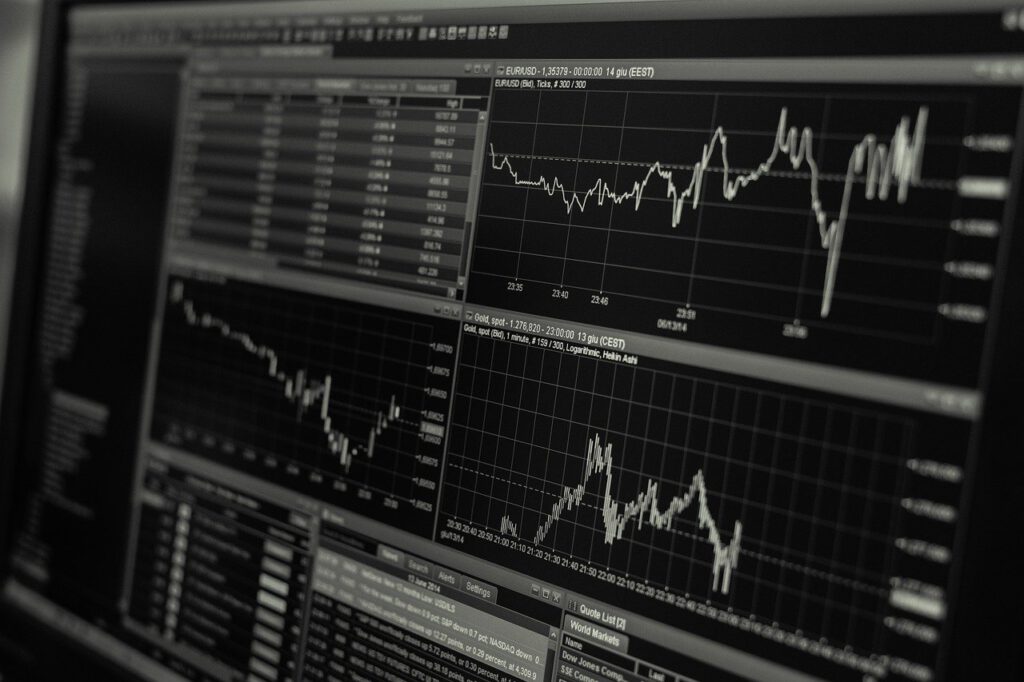 Many investors target dividend stocks purely because they want a fixed-income portfolio, but some go even further and look for companies that are growing their dividends steadily. Not all companies pay dividends, but those that do are using dividends to return some of their profits to shareholders. The stocks of companies that grow their dividends Read More

Among them, AMD shares have been particularly hard hit. The reason for this is due to the rising rates increasing borrowing expenses and therefore hurting bottom-line profit. But for this week at least, AMD can call itself a winner. The semiconductor company released their Q1 earnings earlier this week and they impressed right from the start. Their EPS came in at $1.13, a healthy $0.20 above what analysts had been expecting. Revenue for the quarter was also solid, ahead of the consensus, and up 71% on the year.

CEO Lisa Su spoke bullishly about the results. She was quick to point to the completion of the Xilinx acquisition and plans to acquire Pensando as evidence of their growth plans coming to fruition, and felt these milestones marked a “significant inflection point” in AMD’s technological transformation. The first-quarter results actually included six weeks worth of revenue from Xilinx, which AMD officially required in the middle of February, and Su said that “the addition cannot be overstated as it significantly expands our product and technology portfolio.”

So while all of this was obviously quite positive, there were some on Wall Street who took a negative view to the results. The team at Benchmark actually lowered their price target to $125 a share from the $145 it had been previously as they felt this was a lower earnings multiple and more in line with where the company was going. However, at the same time they still highlighted AMD’s “across-the-board strength in demand and solid internal execution”.

At Mizuho Securities, analyst Vijay Rakesh, who has a buy rating on AMD’s stock, also lowered his price target to $145 a share from $160. Rakesh noted that the company saw strength in its data center business, and that its supply levels were better-than-expected, given the industry’s constraints. SMBC Nikko Securities America analyst Srini Pajjuri did the same thing, and lowered his price target on AMD to $100 a share from $125. But, even so, Paijuri said that the company is benefiting from increased market share in servers, strong console demand and improved supply. “We continue to be impressed by AMD’s execution and expect the company to benefit from healthy data center demand and further gains in Server,” Paijuri wrote in a note to clients.

Considering that AMD shares are only just about trading at $94, even the reduced price targets still suggests there’s a nice bit of upside to be had. And the thing is there wasn’t even all negative. The team at Bank of America actually raised their price target up to $160 and said that AMD is “better positioned than ever due to the company scale manufacturing relationships and portfolio breadth which should allow it to gain wallet share in the secularly growing server market.”

For investors considering getting involved there’s a nice support line at the $85 level to base an entry and exit around. To the upside we’re looking at a multi month long downtrend that needs to be broken before the bulls can start popping bottles of champagne. Investors should look for shares to cross back above the $100 level in the coming weeks and assuming market conditions don’t take them back down it’s fair to aim for the $120-130 range in the medium term.

AMD is still a best-in-class semiconductor company and while it’s had a tough couple of months this week’s report shows that the engine is running nicely. Everything is in place for the recovery to get going once market conditions allow.

Should you invest $1,000 in Advanced Micro Devices right now?

Before you consider Advanced Micro Devices, you’ll want to hear this.

MarketBeat keeps track of Wall Street’s top-rated and best performing research analysts and the stocks they recommend to their clients on a daily basis. MarketBeat has identified the five stocks that top analysts are quietly whispering to their clients to buy now before the broader market catches on… and Advanced Micro Devices wasn’t on the list.

While Advanced Micro Devices currently has a “Buy” rating among analysts, top-rated analysts believe these five stocks are better buys.

1Win Official App Review | How to Download and Install