Dharma Productions is ready for the big wedding of the year with the upcoming film, JugJugg Jeeyo. Starring Varun Dhawan, Anil Kapoor, Kiara Advani, Neetu Kapoor, Prajakta Koli, and Maniesh Paul, the film will be released on June 24, 2022. Directed by Raj Mehta of Good Newwz fame, the makers are all set to launch the much-awaited first poster of the film but with a twist. 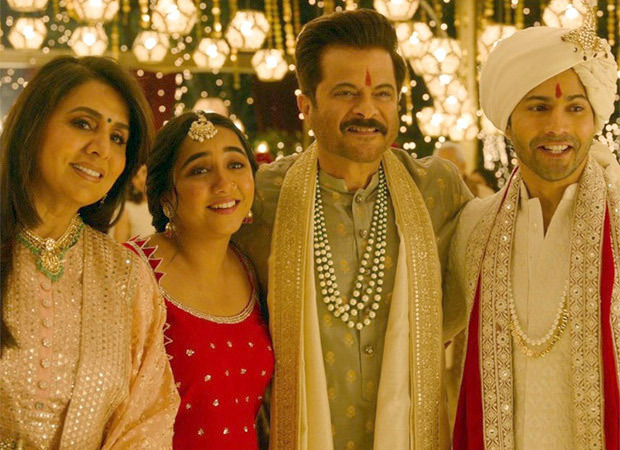 Varun Dhawan, Anil Kapoor, Neetu Kapoor, Kiara Advani involve fans to launch the poster of JugJugg Jeeyo from all over the country

For the first time ever, Bollywood cinephiles from across the country will launch a movie poster. Lucky winners from all States & Union territories will get to release the JugJugg Jeeyo poster! The cast of the film – Anil Kapoor, Neetu Kapoor, Varun Dhawan, Kiara Advani, Maniesh Paul, and Prajakta Koli took to their social media to seek blessings from their fans.

Interestingly, ahead of the launch, all the main leads took to social media to talk about how wedding changes everything.

JugJugg Jeeyo tells the narrative of two generations of spouses. It is a lighthearted drama about love and generational differences.

ALSO READ: Varun Dhawan and Tanishk Bagchi give a teaser of ‘Saawan’ song from JugJugg Jeeyo LIVE and we can’t wait to hear more!