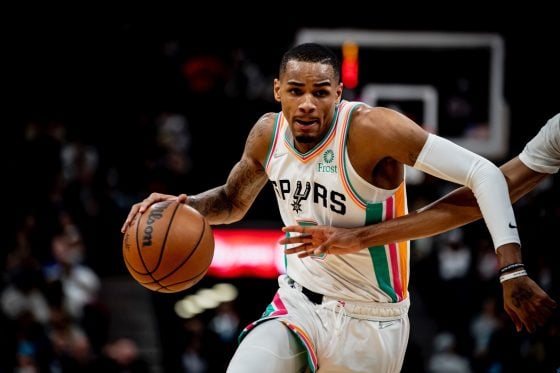 Spurs chairman Peter J. Holt felt the need to address the city of San Antonio in order to reassure the people that the team has no plans to relocate.

The rumor that the five-time NBA champions could move to another city started after it was announced that the Spurs will be playing several regular season games in other cities of Texas.

I love you. I love this city. A big city with a casual small-town feel and a GREAT basketball team. I want to reassure you that the Spurs are in San Antonio to stay.

I love the charreadas, the big green trees and watching my four children play at the splash pad at Yanaguana. I love eating the best chicken in the world at Pollos Asados Los Nortenos on Rigsby near my office. or sharing breakfast tacos with friends (yes, WE do have the best tacos).

I was 12 years old when we won our first championship in 1999. My wife has early memories running behind the curtains at the Alamodome to get a David Robinson bobblehead. My children love to pull the tail of the Coyote, the same way I did as a child.

Everywhere I go in San Antonio. I love hearing stories of people’s memories and connections to our team. Your stories and your ties to our Spurs have helped shape who I am and who we are as a city. We will keep making memories. together. inside of Bexar County.

My family became involved in the Spurs in the 90s because there was a real threat that the team would be moved. We would not let that happen then and we will not let that happen now. There is no other team in the NBA like the Spurs and no other home like San Antonio. The military presence. the downtown honkers. the Salesian sisters who pray during games. the Baseline Bums these are the San Antonio Spurs. The Alamo, the Missions, the Pearl. the Riverwalk. Fiesta – these are the San Antonio Spurs.

There are no Spurs without the city and the people of San Antonio. Your team, our team, together we are the silver and black. Spurs fans – we are here to stay, Por Vida.

The post Spurs chairman reassures that the team is not leaving San Antonio appeared first on TalkBasket.net.

Mo Bamba is ‘likely’ to leave Orlando in free agency