Russia has declared full control of a steel plant in Ukraine’s key port city of Mariupol, finally pushing out the remaining Ukrainian resistance, according to the Russian defense ministry, as the ongoing war is set to enter its fourth month.

Igor Konashenkov, the ministry’s spokesman, was quoted by the Tass news agency as saying on Friday that Russian Defense Minister Sergei Shoigu has informed President Vladimir Putin about the “complete liberation” of the Azovstal plant and Mariupol from Ukrainian militants.

The capture of Mariupol on Friday marks an important turning point in Russia’s aim to seize control of Ukraine’s eastern region of Donbas, which contains pro-Russian separatists. 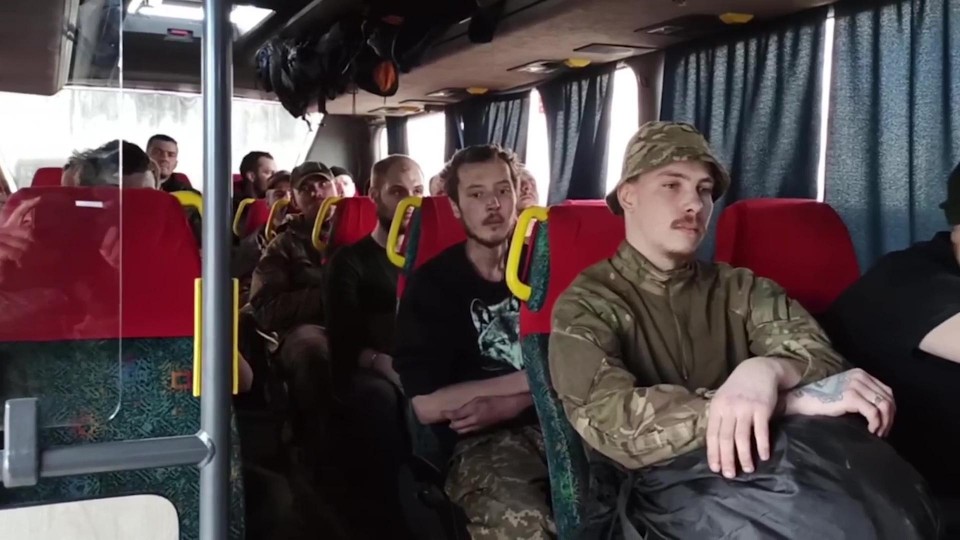 Photo shows footage from a video released by Russia’s Defense Ministry on May 17, 2022, as Ukrainian soldiers who are being evacuated from the Azovstal steel plant in Mariupol, Ukraine. (Russian Defense Ministry/Handout/Anadolu Agency/Getty/Kyodo)

Mariupol is an area that links the Donbas region with Crimea, which was annexed from Ukraine by Russia in 2014.

Tass said a total of 2,439 people who had been holed up in the plant fighting the Russian forces have surrendered.

Putin declared in late April that the Russian forces have effectively seized control of the plant. But the Azov battalion, a volunteer paramilitary militia that has been incorporated into Ukraine’s National Guard, continued their resistance against the Russian forces.

Since the war began on Feb. 24, more than 4,300 civilians in Ukraine have been killed or injured and over 6 million people displaced from their homes.