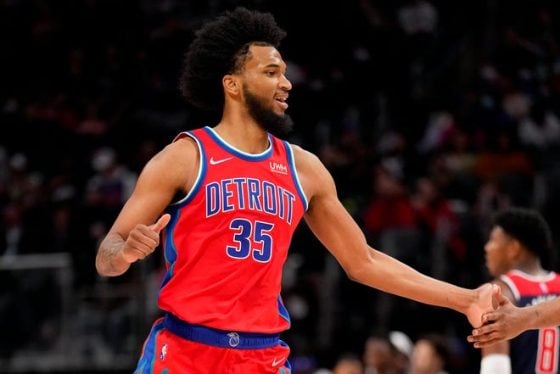 The Detroit Pistons have strongly expressed an interest to retain Marvin Bagley in Michigan.

Insider Marc Stein has penned down recently that this intention was rooted from Bagley III making a strong impression in the franchise upon the 2021-2022 mid-season acquisition.

Amid great anticipation regarding Detroit’s intentions with Jerami Grant (will he finally be traded?) and whether the Pistons will indeed pursue marquee free agents like Ayton or Dallas’ Jalen Brunson, league sources say that the Pistons have very strong interest in re-signing the recently acquired Marvin Bagley III. The former Sacramento King made a positive impression in his half-season in Motown

After originally being chosen as their second overall pick of the 2018 Draft, Bagley experienced an embattled and lopsided relationship with the Sacramento Kings throughout the years.

It was in the February trade deadline of the last season that the young big man have finally exited Sac-town. He landed in Motown as part of a four-team swap.

In the 18 games he played wearing the red and blue gear for the remainder of the season, the former Duke star looked fantastic and has been a serviceable one for the rebuilding Pistons, averaging 14.6 points, 6.8 boards, 1.1 assists in 55 percent field goal percentage per 27.2 minutes of play.

With his rookie deal finally ending, he is set to test the free agency waters thia offseason.