Inui, who won Japan’s first world championships gold in a solo event on Saturday, topped the 12-women final with a score of 95.3667, becoming the first artistic swimmer from her country to win multiple gold medals at a single worlds after earlier winning the technical event. 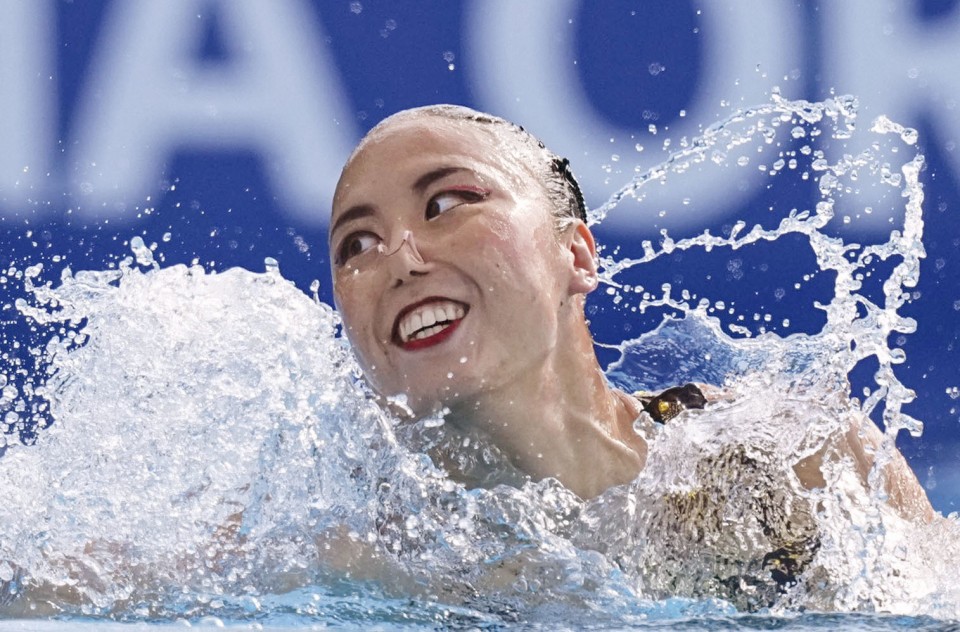 Yukiko Inui of Japan competes in the women’s solo free final of artistic swimming at the world swimming championships in Budapest on June 22, 2022. (Kyodo) ==Kyodo

“I got a better score than I did in prelims,” said Inui, who received 94.5667 points from the three panels of judges for the highest score in Monday’s preliminary round.

“I swam the way I wanted to all the way until the end today. I gave it my all. I did everything I’m capable of doing,” she said.

The 31-year-old, who is competing in her seventh straight world titles, was not part of the team that finished third in qualifying for the team free event. China topped the standings and advanced to the final along with Ukraine, Japan, Spain, Italy, France, Greece, United States, Mexico, Israel, Kazakhstan, and Great Britain.

Miya Tachibana and Miho Takeda won Japan’s first gold medal in synchronized swimming at a world championships in 2001 by claiming the duet crown, before the sport was rebranded as artistic swimming.

Also on the fifth day of action in Budapest, defending champion Daiya Seto took bronze in the men’s 200-meter individual medley. France’s Leon Marchand held off American Carson Foster to add a world title in the 200 IM to the 400 IM title he won on Sunday. 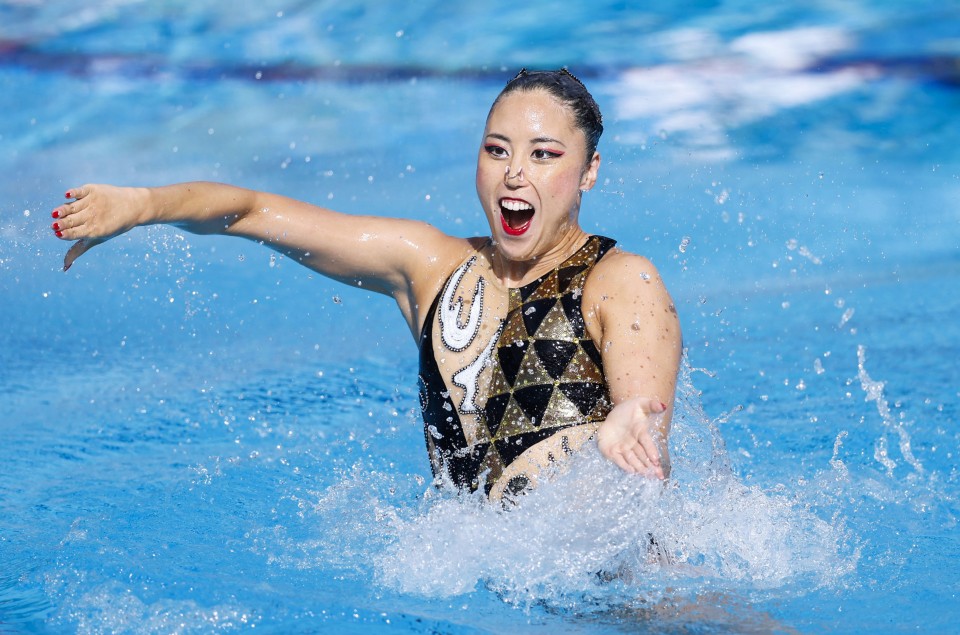 Yukiko Inui of Japan competes in the women’s solo free final of artistic swimming at the world swimming championships in Budapest on June 22, 2022. (Kyodo) ==Kyodo 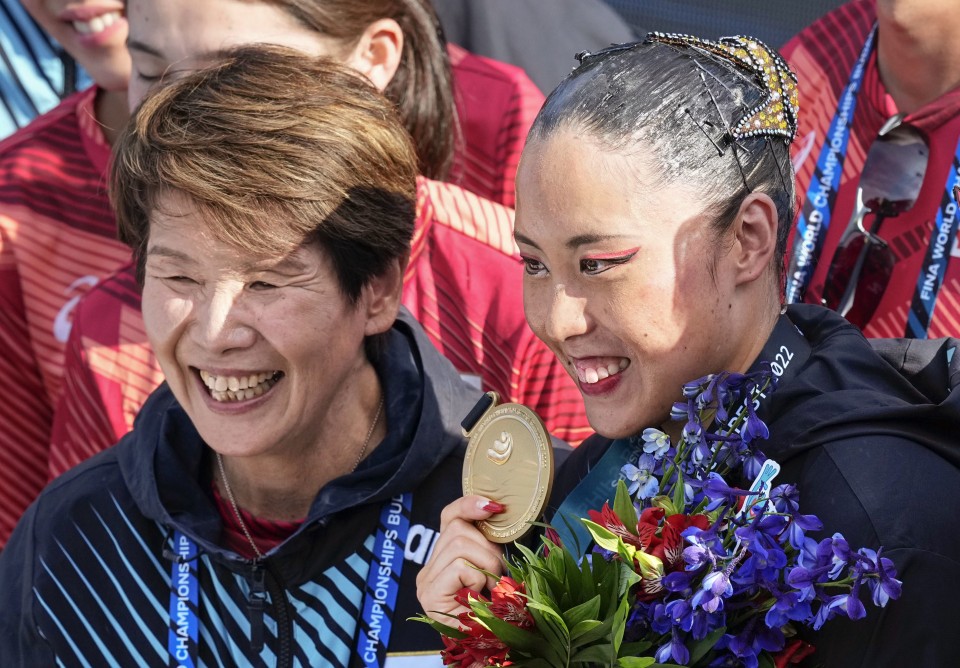 Japanese artistic swimmer Yukiko Inui (R) poses with her gold medal, alongside her coach Masayo Imura, after the women’s solo free final at the world swimming championships in Budapest on June 22, 2022. (Kyodo) ==Kyodo