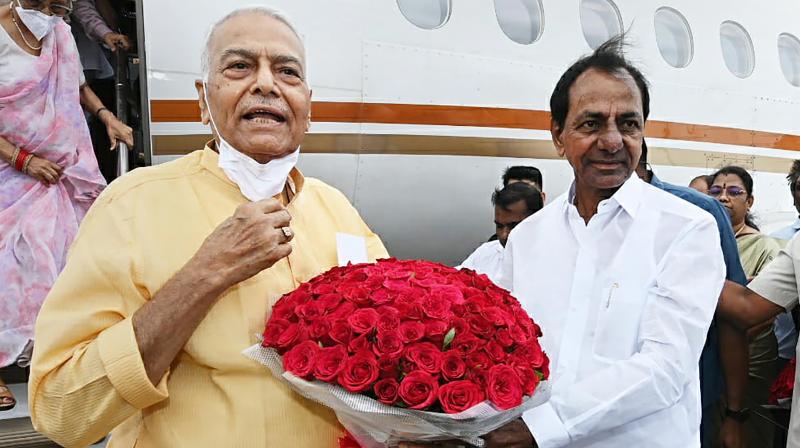 KCR has announced his support to Sinha in the upcoming presidential polls slated to be held on July 18.

A meeting will be held with the MPs and MLAs of TRS. Sinha will also meet the MP and MLAs of AIMIM at Hotel ITC Kakatiya.

Voting for presidential elections will take place on July 18 and votes will be counted on July 21.

Sinha was named as the common Opposition candidate for the presidential election on June 21.

However, KCR will not receive Prime Minister Narendra Modi at the airport, who is arriving in the city today to participate in the two-day long Bharatiya Janata Party (BJP) National Executive meeting.

BJP to pitch for Telangana Liberation Day on Sept. 17

Nitish Kumar to take oath as Bihar CM at 2 pm on Wednesday, Tejashwi to be his deputy