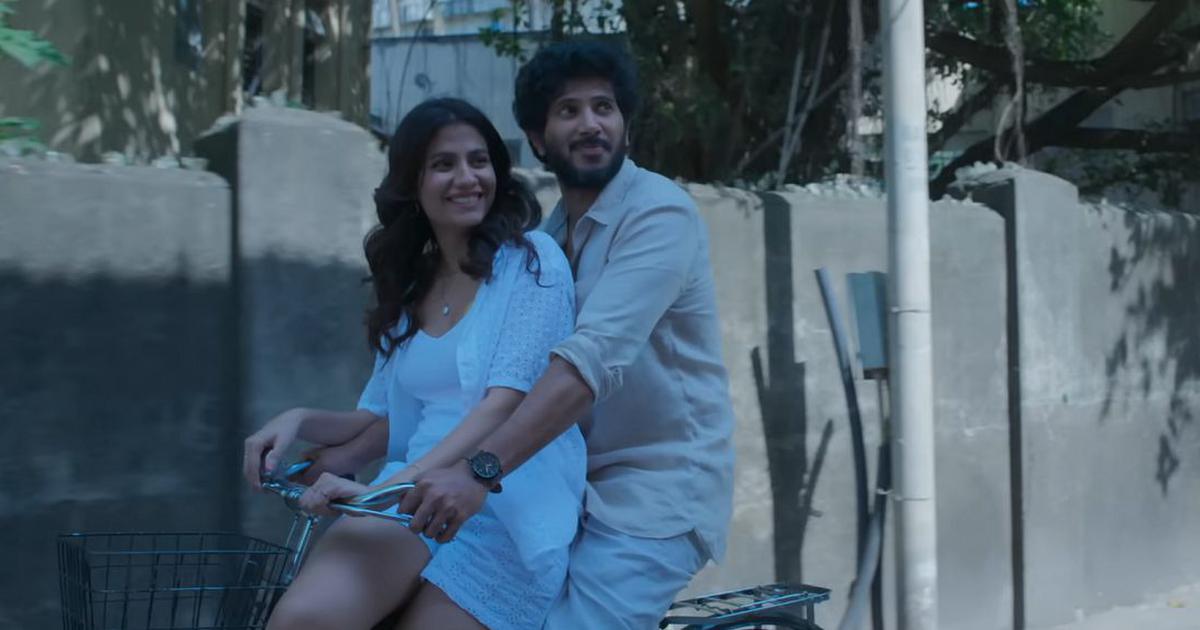 Some of R Balki’s movies can be summed up by one-liners. Real-life father and son cast as son and father with some help from a genetic disease: Paa. Mute actor borrows thespian’s voice to hit the big league: Shamitabh. She works, he doesn’t: Ki & Ka. Guru Dutt as the inspiration for a serial killer who murders film critics: Chup: Revenge of the Artist.

Balki’s slash-the-messenger thriller claims to have identified the real problem that is hurting the Hindi film industry. It isn’t bad scripts, Bollywood-hating trolls, paid publicity that creates false expectations or hard-to-please audiences. It’s film reviewers. To justify bringing a sword to a bout of arm-wrestling, Balki invokes no less than Guru Dutt.

Guru Dutt’s masterpiece Pyaasa (1957) and the critical and commercial failure Kaagaz Ke Phool (1959) serve as lodestars for Balki’s script. Shot compositions from Pyaasa and Kaagaz Ke Phool inspire some of Chup’s visuals. Songs from his films are used in their original form or as covers, as well as sung (badly) by Chup’s antagonist.

There’s a Freudian touch too to the grudge report about the impact of criticism on a creator’s mental state. The writers of Chup include film reviewer Raja Sen, alongside Balki and Rishi Virmani.

Kaagaz Ke Phool, Guru Dutt’s cri de coeur about the travails of filmmaking, is of particular interest to Chup. Kaagaz Ke Phool traces the decline of a director who loses his audience, the woman he loves and cinema itself. It was the last film Guru Dutt officially directed (he made immeasurable contributions to his subsequent productions, including Sahib Biwi aur Ghulam and Chaudhvin Ka Chand).

The director himself acknowledged that Kaagaz Ke Phool was unwieldy and far too maudlin for public taste. Although now regarded as a cult classic, Kaagaz Ke Phool is better seen as a deeply flawed diamond, reflecting Guru Dutt’s troubled mind rather than as the crowning glory of his achievements.

According to Chup’s alt-history, though, Kaagaz Ke Phool was demolished by bad reviews. Like wights swarming over Winterfell, critics descended on Kaagaz Ke Phool, denying the film and its maker the greatness they deserve, Chup dubiously claims.

Danny (Dulquer Salmaan) is a hunky florist who catches the eye of journalist Nila (Shreya Dhanwanthary). Danny is actually a “critic of the critics”, eviscerating reviewers in the same manner in which they rip apart films. Danny’s calling card is carved into the foreheads of his victims – the numbers of stars that accompany movie reviews and are regarded as markers of a film’s worth.

Might the killer be a copy-cat inspired by a film, wonders police investigator Arvind (Sunny Deol)? The smug reply isn’t actually aimed at him. No such movie exists, a character declares. (It does: it’s called Chup.)

Arvind’s floundering investigation gets a boost from psychologist Zenobia (Pooja Bhatt). While the source of Danny’s actions is clear enough, Chup itself is never quite coherent about the role of critique in the ecosystem of cinema.

In a cameo, Amitabh Bachchan declaims about the importance of constructive criticism. Danny tells a victim, be a critic by all means but be a good one. The film holds the contradictory position that downbeat reviews can harm the box office but also have zero impact on ticket sales.

There’s a missing element in the equation, which was wonderfully articulated in Ram Gopal Varma’s Rangeela (1995). Aamir Khan Khan’s Munna declares, we are the paying public, we can say whatever we want about the quality of movies. Chup has no equivalent moment of coruscating insight.

The film’s intent is more explicitly conveyed by the gratuitous depiction of Danny’s gruesomeness and its empathy for his psychosis. In the kangaroo court of Danny’s mind, he is judge, jury and executioner, with film critics cowering in the dock, wishing they had been soft instead of honest.

There are patches of humour in the gore. Nila’s mother (Saranya Ponnvanan) is to Chup what Zohra Sehgal was to Balki’s directorial debut Cheeni Kum (2007): a dispenser of wisecracks and welcome distraction.

Some comic moments are surely unintentional. Sunny Deol is encouraged to bellow and leap into the unknown in spectacular fashion. Except in these moments, Deol is exceptionally understated and a surprisingly steadying presence.

The use of SD Burman’s music from Guru Dutt’s films, taken out of their original context and set against grimy visuals, has flashes of spark. The sound made by temple blocks in Jaane Kya Tune Kahi from Pyaasa serve as a sinister sonic marker of Danny’s actions. Sneha Khanwalkar bravely covers Ye Duniya Agar Mil Bhi Jaye, also from Pyaasa, transporting lyricist Sahir Ludhianvi’s 1950s lament to a contemporary tale of madness.

There’s plenty going on in Guru Dutt’s name, including the proposition that the sensitive filmmaker’s brooding themes can lend themselves to murderous sentiment. But Guru Dutt is ultimately a prop, plaything and convenient blank canvas for a scattershot and unevenly paced psychological thriller.

If Chup encourages viewers to seek out the real article, it might achieve half its purpose. As for critics, they are well-advised to keep their distance from florists, steer clear of anybody named Danny, and avoid using similes and metaphors that could give serial killers odd ideas.

As the deranged dispatcher, Dulquer Salmaan unleashes an evil laugh and gamely chews through sad wordplay on industry terms such as “editing” and “director’s first cut”. The more convincing performer is Shreya Dhanwanthary, who turns out a warm and nuanced performance.

‘Pyaasa’ is the Guru Dutt gift that keeps giving

How Guru Dutt laid himself bare in his films

Deepti Sharma on Controversial Run Out