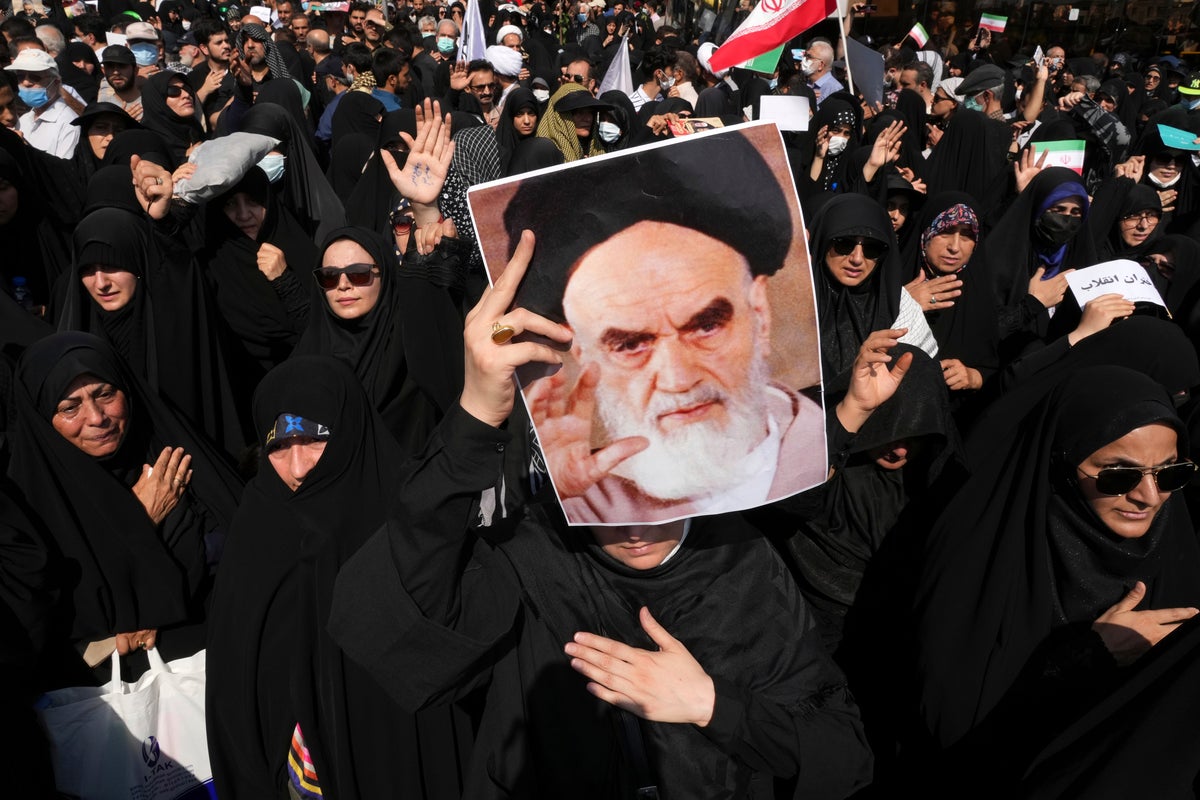 Iran’s army threatened violence against widespread and growing anti-regime protests sparked by the death of 22-year-old Mahsa Amini as the country’s president arrived home following a trip to the United Nations.

“The army is ready to defend the security and interests of the Iranian nation against the conspiracies of the enemies,” said the army’s statement. “The army personnel fully support their comrades in the police forces, and are ready to deal with the various plots of the enemies.”

The warning came as protesters were preparing Friday for an eighth straight night of street battles with security forces.

“Both sides are preparing to come out in full force,” said Mehdi Hajati, a former Shiraz city councilmember and activist now living in exile.  “Since the night before last the regime has increased repression. The people have reached a level of anger that they are already somewhere between life and death.”

President Ebrahim Raisi’s visit to New York was marred by images of fiery street clashes between protesters and security forces across his nation as well as his refusal to participate in a long-scheduled CNN interview because the interviewer, British-Iranian correspondent Christiane Amanpour, refused to wear the Islamic headscarf during the exchange.

On Thursday, as Mr Raisi was hobnobbing with the press and scholars in New York, the administration of US President Joseph Biden placed sanctions on Iran’s “guidance patrols,” the specialised law enforcement branch in charge of policing Iranians’ public dress and comportment.

Amini’s 13 September detention by the morality patrols on allegations of violating Islamic dress codes and her subsequent and still unexplained death have sparked a week of unprecedented street protests across Iran. The impromptu evening gatherings have drawn in tens of thousands of people from across the country’s social and ethnic divisions, many of them loudly calling for the downfall of the Islamic Republic.

But the regime appeared to be preparing to ramp up its effort to crush the protests.

It has throttled internet bandwidth and shut access to social media platforms. It has arrested hundreds of people, including well-known activists and journalists detained at their homes. In Gilan, a Caspian Sea province that includes the city of Rasht, at least 211 people were arrested on charges of rioting.

On Friday, thousands of regime supporters were deployed to chant slogans in support of Supreme Leader Ali Khamenei and condemn the protesters during weekly prayers on the Muslim sabbath.

“For a long time the enemies of you people were looking for an excuse but they were not successful… until they found this issue to confront the system,” the hardline cleric Ayatollah Ahmad Khatami told those gathered in Tehran in his sermon.  “These riots are against you people, as they burned the flag of the Islamic Republic of Iran, which is a source of pride for you.”

The audience for such sermons are often members of the uniformed security forces, the Revolutionary Guard, intelligence branches and ideologically committed informal paramilitary groups.

Some Iranians were hoping that the army would stay out of the political fray. But the regular armed forces have increasingly come under the control of the Revolutionary Guard. The army played a role in violently suppressing 2019 protests over prices and water shortages in the southwest and its statement against the demonstrators on Friday marks the further erosion of the institution’s image as an independent entity.

“Today, the enemies of the Islamic regime, who have failed in various fields of enmity with the Islamic regime, use any pretext and any tactic to deprive the people of comfort and peace,” said the statement, which echoed the same talking points of Mr Khatami and other Friday prayer leaders. “They create insecurity and chaos.”

Mr Hajati said  such statements should be taken with a grain of salt, and were likely cooked up by apparatchiks in the elite Supreme National Security Council and Mr Khamenei’s vast personal bureaucracy.