Riteish Deshmukh and Tamannaah Bhatia will be coming together as an on-screen couple in this romantic comedy Plan A Plan B which features them in the role of opposites. Even their profession is sort of opposites in this Netflix film. While Riteish plays the role of a divorce lawyer, Tamannaah is a matchmaker in this digital release. 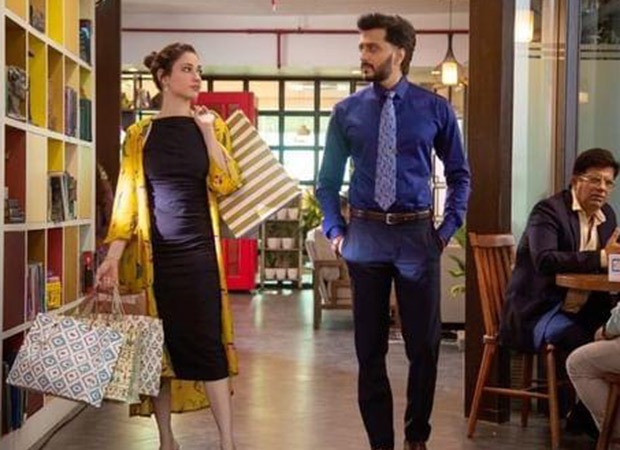 Recently, in collaboration with streaming giant Netflix, the two actors engaged in a fun truth vs lies debate where they discussed about their likes, dislikes, thoughts, and opinions. When they were posed with the question, what is easier? lying or telling the truth, Riteish advised his co-star to choose the former and also asserted that it is very useful when they attend a film’s trial.

In the Netflix chat, Riteish Deshmukh and Tamannaah Bhatia were asked to agree or disagree with the statements given to them. The statement read, “It is easier to lie than, to tell the truth.” To which Tamannaah asked, “Is it easier to lie? No. Yaad rakhna padta hai jhooth ko (will have to remember the lies). Mujhe toh kabhi yaad hi na rahe (I don’t think I will ever remember). Riteish responded to it explaining, “Do you know where it implies more? Aap ek film ka trial dekh ke bahar aate ho (when you come out of a film’s trial).” His comment left Tamannaah in splits.

Furthermore, he went on to say, “Producers, Directors, Actor sab hai and they are like ‘how do you like the film?’” Tamannaah responds to it, “You can always say you were so good. I love this. There is obviously a nicer way of putting it without hurting someone’s film.” Riteish asked, “I did not like the film, then what would you do?” He asserted, “It’s easier to lie than, to tell the truth.” But Tamannaah further defended her stand saying they can avoid the question. She described the excuses she would use to avoid the question adding, “I want to pee. I want to go to the loo. I’ll drink water. Loo is the best. Nature’s call hain. That’s very believable also, do gante ke film ke baad (after watching a 2-hour film)”


Riteish had an interesting and wise counter-answer for it. “In certain situations, it’s easier to tell a lie than say the truth. But in things that matter the most, in a relationship, always say the truth because like you said, ‘jhooth ko yaad rakhna padta hai’ (you will have to remember the lie). In that case, the truth will always survive.”

Riteish Deshmukh and Tamannaah Bhatia starrer Plan A Plan B is slated to release on Netflix on September 30.