The 25-year-old Russian, ranked 13th in the world, fired 11 aces and converted six of her 15 break points against the Brazilian, who struggled with fatigue in her legs as the match went on at Tokyo’s Ariake Tennis Forest Park.

After taking the second-set tiebreak with a cross-court backhand winner, Kudermetova exchanged breaks with Haddad Maia at the start of the decisive set. 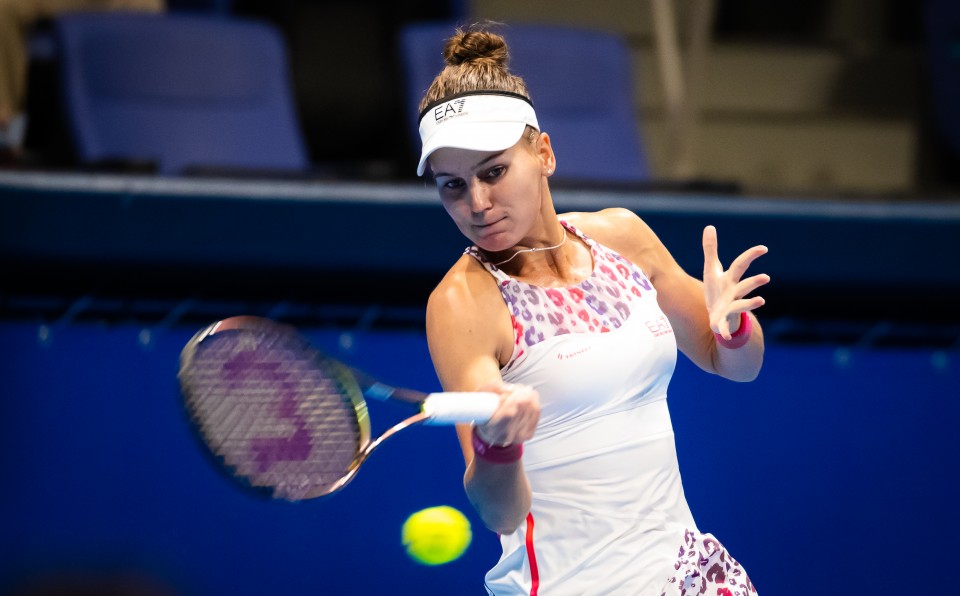 Veronika Kudermetova is pictured in action against Beatriz Haddad Maia in the quarterfinals of the Toray Pan Pacific Open in Tokyo on Sept. 23, 2022. (Getty/Kyodo)

Kudermetova then took the lead for good at 2-1 by breaking Haddad Maia’s serve again. She will next face the winner of the day’s final match between China’s Zheng Qinwen and Claire Liu of the United States.

“It was really a tough match,” Kudermetova said. “She played really well today. It was a good fight from both of us. I’m really happy because I gave everything today.”

She will next face China’s Zheng Qinwen, the 6-4, 7-5 winner over Claire Liu of the United States.

Tennis: Naomi Osaka withdraws in second round with abdominal pain

Tyson Foods Takes A Lickin’ And Keeps On Tickin’ Lower

U.S. dollar and Aussie plummeted Tuesday. What about Euro?