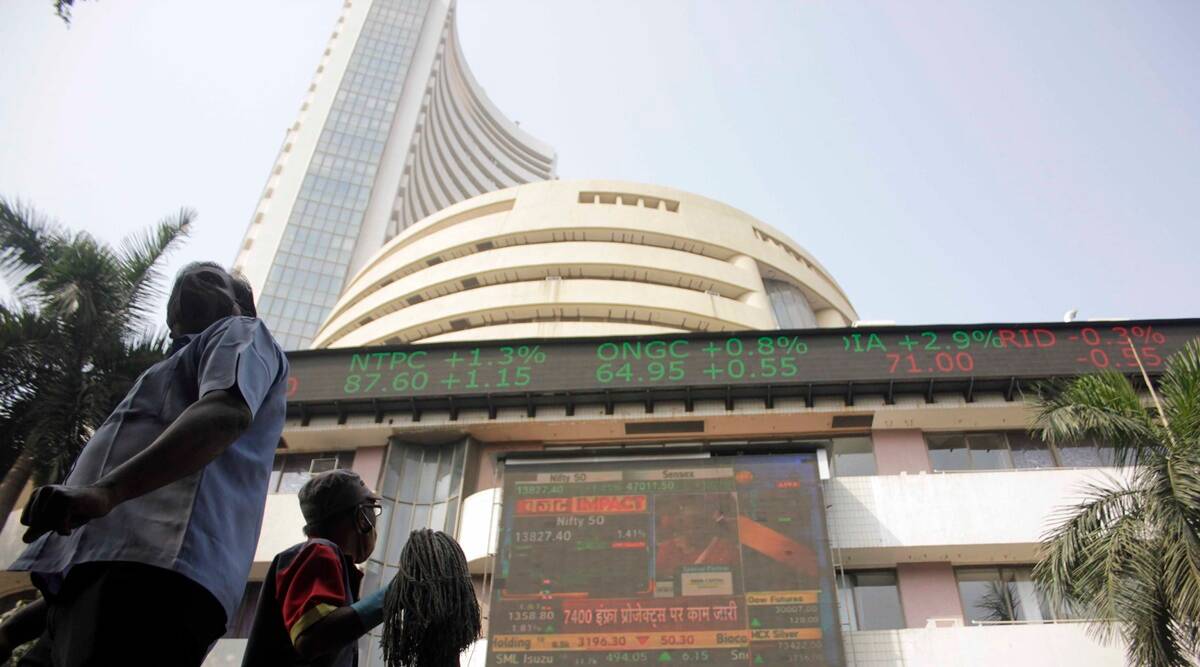 Mumbai, Sept 26:
Benchmark indices fell sharply on Monday, with the Sensex and Nifty tumbling nearly 2 per cent each amid weak global market trends and foreign fund outflows.
Falling for the fourth straight day, the 30-share BSE Sensex tanked 953.70 points or 1.64 per cent to settle at 57,145.22. During the day, it plummeted 1,060.68 points or 1.82 per cent to 57,038.24.
The NSE Nifty fell 311.05 points or 1.80 per cent to end at 17,016.30.
Among the 30-share Sensex pack, Maruti, Tata Steel, ITC, Bajaj Finance, Axis Bank, NTPC, Mahindra & Mahindra and IndusInd Bank were the major laggards.
HCL Technologies, Infosys, Asian Paints, TCS, UltraTech Cement, Wipro and Nestle were the gainers.
Elsewhere in Asia, markets in Seoul, Tokyo, Shanghai and Hong Kong ended sharply lower.
European bourses were trading in the red in mid-session deals. The US markets ended in the negative territory on Friday.
Meanwhile, the international oil benchmark Brent crude slipped 0.75 per cent to USD 85.50 per barrel.
Foreign institutional investors offloaded shares worth a net Rs 2,899.68 crore on Friday, according to data available with BSE. (AGENCIES)

What is the IPL Impact Player rule & how does it work?