“Looking at the sentence now, I am so happy, and justice has been served to the community and the victims,” said Sergeant Clifford Mokone, as he hailed the sentence imposed on a 41-year-old North West serial rapist.

Jacob Kgatlane raped 15 women. Six of the victims were younger than 18. The youngest was a 14-year-old schoolgirl and the oldest was 37.

He was sentenced to six life terms, with two of the sentences expected to run concurrently.

Mokone joined the police force as a reservist in 1996.

It wasn’t until 2003 that he was permanently appointed as a constable. Then, almost three years later, he was appointed as an investigating officer.

During his years in law enforcement, the 47-year-old widowed father of two tracked down several serial rapists, and Kgatlane was one of many on the list.

“The toughest moments in my field have involved working with minors who are raped, only for the perpetrator not to be brought to justice.

“It is sad and, for this reason, I am trying to make sure that the complainants and victims receive justice,” Mokone said.

Kgatlane’s reign of terror began in 2009 in his neighbourhood of Letlhabile, near Brits in North West, where he lived with his father.

He continued to target women in Lethabong, in Brits, and Thabazimbi, in Limpopo, where he would visit and “market himself” for a job.

When Mokone, from the Brits police station, took over the case in 2013 from other officers who dealt with the matter, he brought an end to Kgatlane’s reign.

According to Mokone, tracking down serial rapists is easier if they are known in the community, but police faced a blank slate when it came to Kgatlane.

“There was never a case where he raped his victims in their homes.” 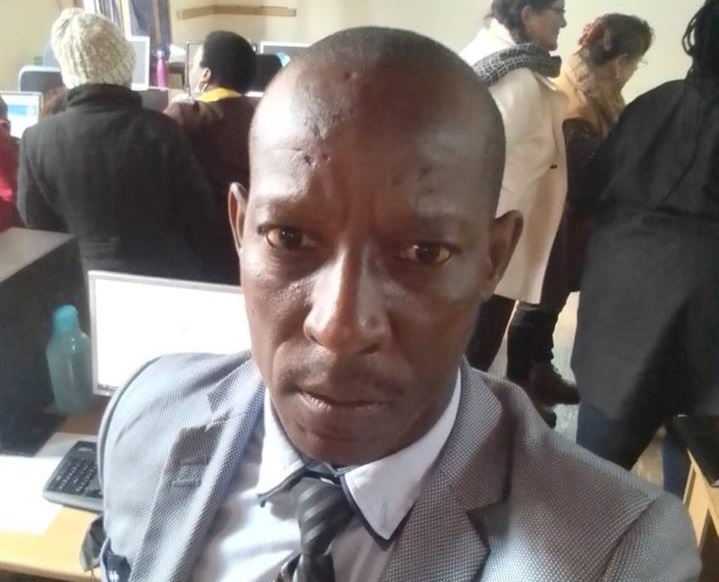 Sergeant Clifford Mokone hunted down a serial rapist who raped 15 women in North West, ending his four-year reign of terror.

“It was always a situation where he would pounce on the women who walked along the street, where he would then drag them to the bushes and would rape and rob them of their personal belongings,” Mokone said.

“The girl was headed to school, upon which she was approached by the perpetrator who offered to accompany her to school.

“The oldest victim was a 37-year-old woman, who was jogging. Kgatlane asked the woman if he could join in along the street, upon which he dragged her to the bushes and raped her,” he said.

With the same modus operandi for four years, Kgatlane managed to rape 15 women, with no trace or identification, said Mokone.

Nobody knew who he was and often, when his victims would report the matter, they would say they had never seen him before, which made it almost as hard to find because cases were opened, but the suspect was unknown.

It wasn’t until August 2013, with the help of an informant who revealed the location of Kgatlane, that it led to his arrest.

“In 2013, we traced and located him in Lethabong, where he was arrested for the cases in Letlhabile.

“Even then, we did not know we were dealing with a serial rapist, until the DNA, which triggered all the other cases reported in Lethabong and Thabazimbi, where the suspect was unknown,” Mokone said.

According to Mokone, when further investigations were conducted, it was revealed that Kgatlane had raped three women from Lethabong, three from Thabazimbi, and the rest from Letlhabile.

Kgatlane remained in custody throughout his court proceedings, where the women he violated had to face him and also testified against him.

The arrest of Kgatlane marked the beginning of a case that lasted nine years, which added to the hardest moments for Mokone.

While considering the lengthy process of acquiring the DNA results from the forensic lab, Mokone said the delays in court proceedings added to his stress.

The court proceedings took so long. I noticed how he would constantly change lawyers, and sometimes he would be sick for some time, leading to the matter being remanded. These things prolonged the process.

“At some stages, some of the victims were demotivated, saying it was taking time, but I kept encouraging them not to give up,” said Mokone.

Although he maintained a cheerful attitude toward his clients, Mokone never lost focus or motivation.

“Knowing that this guy (suspect) did not use a condom when committing these crimes, along with the DNA results, I knew it was the right guy. He had so many cases and I knew that justice would be served.”

North West police spokesperson, Colonel Adéle Myburgh, said Kgatlane was found guilty on 21 counts, including 10 counts of rape, nine counts of robbery with aggravating circumstances, one count of attempted rape, and one count of kidnapping.

Drugmaker donates 1.9 bil. yen of its shares to Kyoto Univ.