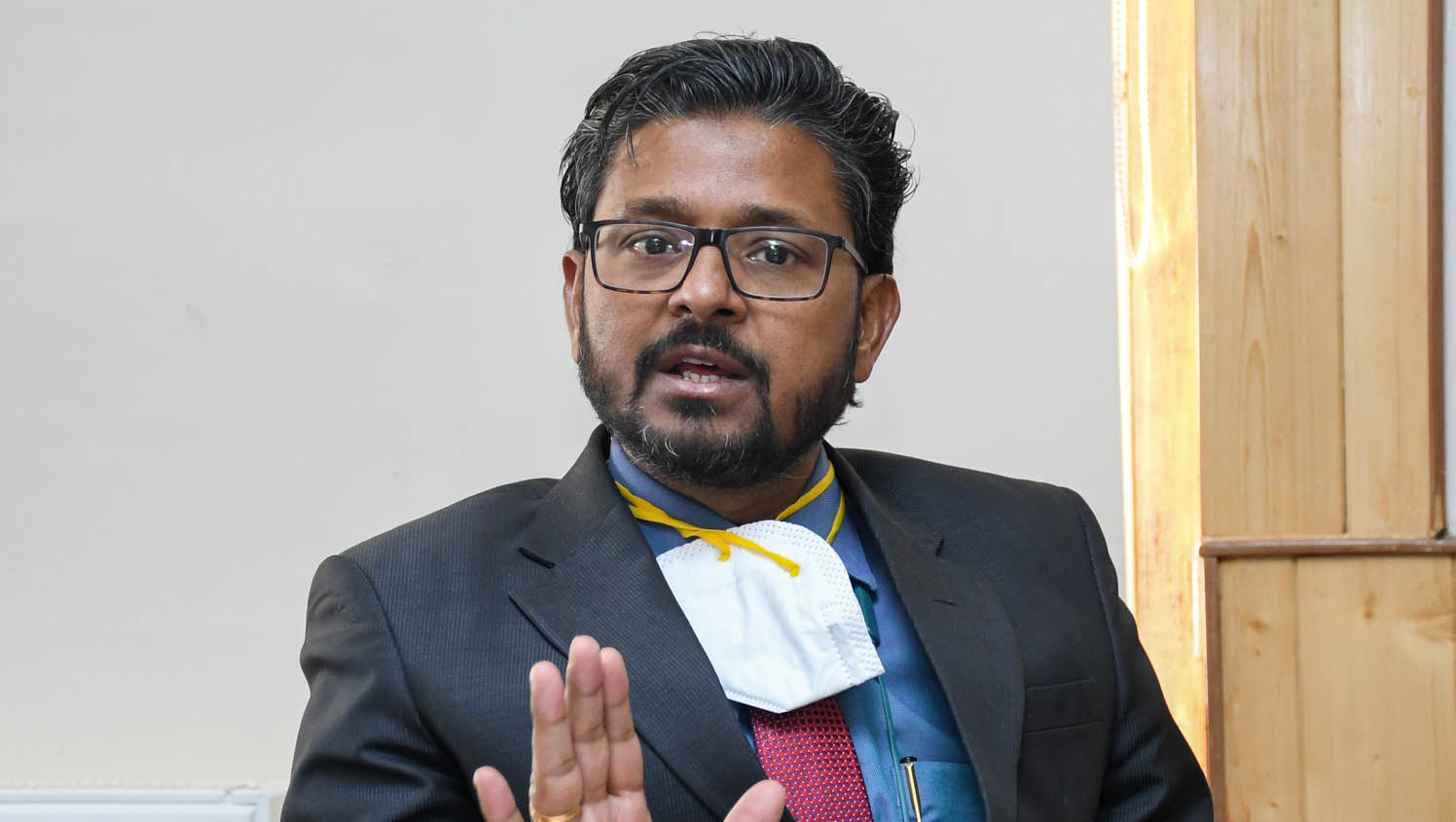 Leh, Nov 24: The Ladakh administration is planning to build tunnels at cost of Rs 5,000 crores across major passes in the union territory to improve internal connectivity, and has hired consultants for the mega task, a senior official said on Thursday.
Situated at an average altitude of over 11,000 feet, Ladakh, which literally means ‘land of high passes’ is a place like no other. The passes offer breath-taking views and gateway to beautiful valleys nestled in the Himalayas.
The Ladakh’s famous Khardung-La pass is also known as the highest motorable road in the world, and the tourists need to pass through it while going to Nubra Valley.
“The government of Ladakh is contemplating to build tunnels across major passes to improve internal connectivity in the union territory,” Commissioner-Secretary, Ladakh Public Works Department (PWD) Ajeet Kumar Sahu said.
He said that the consultants have been hired to prepare detailed project reports (DPRs) of tunnels across Khardung La, Fotu La, Namika La, and Key-La passes.
An all-weather tunnel enhances connectivity between valleys for facilitating the movement of the military, civilians, and tourists in the region, he said.
The tunnel on Key-La pass will be alternative path to dangerous Changla pass, which will make travel to world famous Pangong lake easy and shorten it by one-and-half-hours, the Commissioner-Secretary said.
The survey and feasibility study is being conducted by Rail India Technical and Economic Services (RITES), which has been assigned to prepare DPRs of the tunnels, he said.
“The construction of these tunnels will lead to faster, safer, and smoother movement of internal traffic resulting in the all-around economic development of Ladakh”, Sahu said.
The proposed 5.5 kilometre long Khardung-La tunnel, will also help increase the safety of travellers due to bypassing of areas prone to landslide and avalanche, Sahu said.
Besides, it would also protect the Khardung glacier, which is a major source of water for Leh town, from receding due to the increase in heat emitted by automotive vehicular movement, the official said.
The consultant agency for the project shared that the proposed bypass tunnels at the Fotu La and Namika La passes will reduce the travel distance from Kargil to Leh by around an hour besides providing safety in traffic movement due to the accumulation of snow and icing on road during winters, he said.
“The expected increase of traffic in winter after the opening of the Zojila tunnel also necessitates the construction of these tunnels as it serves as a strategic route for logistic supply to Ladakh. These tunnels are expected to boost local business activities, employment opportunities, and tourism in the region”, Sahu said.
As per the RITES, preliminary survey and testing on all locations have been done and certain options have been worked out on the tunnel alignments, he said.
“Those are being examined technically as well as through a cost-benefit analysis. Some pending testing would be done in the next working season to clearly assess the geological formation of these passes,”the Commissioner said.
Sahu has asked the RITES to send the initial report before December 31 so that required approvals are obtained in advance. (AGENCIES)

‘We did not imagine Rafael Nadal taking…’, says former star

IND vs BAN: Rishabh Pant Is Indeed A Good ODI Batsman, But He Needs To Reinvent Himself In T20s: Hemang Badani