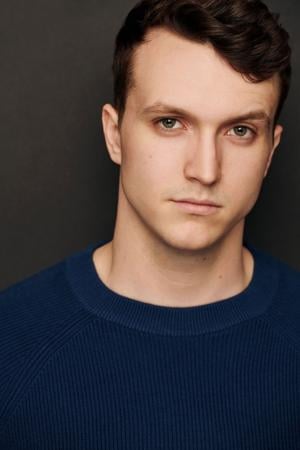 Ever wonder what kind of career Charlie Brown might have?

Connor Barr, who plays him in “A Charlie Brown Christmas: Live on Stage,” says he might make a great actor.

“Everything doesn’t happen the way he wants it to and, yet, he still maintains a sense of optimism,” Barr says. “Being an actor, you have to have a little bit of that relentless optimism.”

During the coronavirus pandemic, Barr had three non-show biz jobs and, like others, wondered if the business would return. During the last holiday season, he landed the leading role in “Charlie Brown” and performed in New York.

Now, he’s on tour through the end of the year. Because the show has such an optimistic message, it’s not difficult to get into the holiday spirit every night. “It just brings me joy to hear all the Christmas music,” Barr says. In addition to the music Vince Guaraldi wrote for the television classic, the stage show features plenty of traditional songs and some interesting re-creations, like a skating montage. Barr says the choreography is so well designed “it looks like folks are gliding across the ice and doing all of these formations without roller skates or something like that.”

Being able to grasp new skills is just part of the business, says the University of Texas at Austin graduate. Baby noises and goat sounds are on his “special skills” list. “I just remember in college kind of experimenting with different noises I could make.”

Once in New York, he realized “everyone that’s auditioning is very talented. You can’t take it personally if they don’t pick you because 95 percent of the acting industry is rejection. It’s really hard now where you have to sing, act, dance, play an instrument and write a couple of languages. But every show I’ve been a part of, I try to take a skill from that show or more dancing ability so that as I go, I kind of collect one more.”

In “Charlie Brown,” the cast opens with a big Broadway number, performs the Christmas pageant and, throughout the show, makes nods to other musicals, including “A Chorus Line.”

The variety is nice, he says, “as opposed to ‘All I want For Christmas is You’ on repeat every day.”

Because the cast started the tour before Thanksgiving, they’ve had to get ready for the holidays sooner than they thought. When it ends, Barr says he’ll go back to New York and continue auditioning.

COVID, he says, changed the way business is conducted. “It used to be personal auditions and people lining up waiting to be seen. Everything has shifted to self-tapes, which is a blessing and a curse. You have the opportunity to submit for a lot more things, but the flip side is when you’re not physically in the room with someone, you can’t 100 percent guarantee they’re watching your video or they’re watching it all the way through. It’s tricky.”

Barr’s road started in the Virgin Islands where his father was a professor at the University of the Virgin Islands. He helped run the community theater and “as a 3-year-old, I’d come to the set and help. Then I got into choir and theater in middle school and just fell in love with acting and performing.”

In college he had leads in “The Drowsy Chaperone,” “Little Women, “The Wild Party” and “Legally Blonde.”

Going from college to the professional world was an adjustment, he says. “I’ve talked to other performers who, for lack of a better phrase, were a big fish in a small pond at their university. They were getting leading roles and then you come to the real world and you have to kind of change your expectations.”

Barr moved to New York in 2019 and was able to make the adjustment until the shutdown.

“That was a bit of a setback, but I think everything is back and alive. I’m back to be where I am right now.”

A Charlie Brown way of looking at life? “It all depends on the day,” Barr says. “Around the holidays, I kind of look for the meaning of it all … and find it.”

Staying in? We’ve got you covered

Get the recommendations on what’s streaming now, games you’ll love, TV news and more with our weekly Home Entertainment newsletter!

Every time Indian cricket does not do well, the blame unfairly comes on IPL: Gautam Gambhir