The Shah Rukh Khan starrer Pathaan is all set to hit screens tomorrow. Directed by Siddharth Anand the film which also stars Deepika Padukone and John Abraham along with a cameo by Salman Khan has been making headlines. In fact, ever since the first track of Pathaan, ‘Besharam Rang’ release the film has been the talk of the town. Interestingly, with the protests around the film dying down, anticipation for the movie among the audience has grown tenfold. This fact is evident from the ever increasing rate of advance bookings Pathaan has been enjoying. 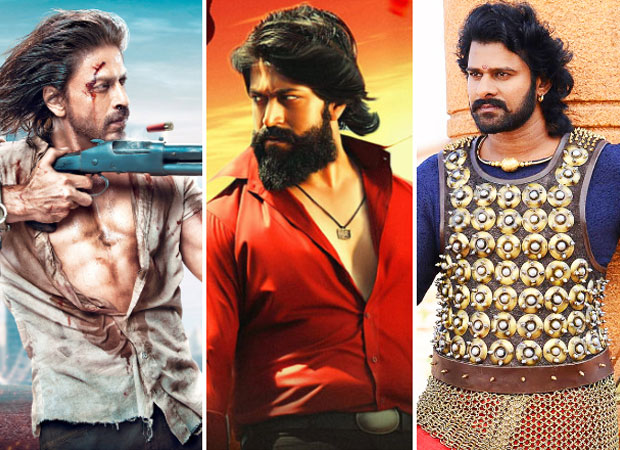 After dominating the advance box office at multiplexes, the business of the film is expected to open on a thunderous note. In fact, when the advance booking of Pathaan is compared to previous big-ticket releases, the Shah Rukh Khan starrer unsurprisingly emerges as the second highest advance booking grosser. Clocking 5.21 lakh sales and still going strong Pathaan has surpassed the previous release KGF – Chapter 2 (Hindi) that had registered 5.15 lakh sales. Besides this, Pathaan has seen a higher booking rate as compared to certain other films as well like, War which sold 4.10 lakh tickets, Thugs of Hindostan which sold 3.46 lakh tickets, and even Prem Ratan Dhan Payo which sold 3.40 lakh tickets.

Currently, Pathaan seems to be the flavour of the season, with anticipation and expectations at an all-time high the film is certain to open on a monstrous note. As per trade predictions Pathaan could likely see its opening day business drawing in an excess of Rs. 45 cr.