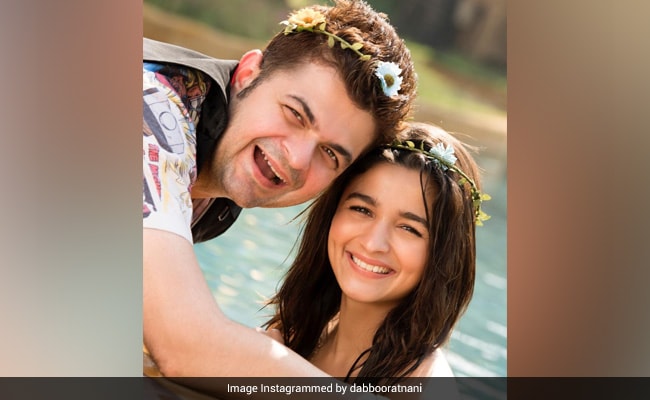 Dabboo Ratnani, one of Bollywood’s most celebrated photographers, is well-known for his signature annual calendar. The calendar features some of the biggest names in the entertainment industry and this year too, the list is star-studded. Now, Dabboo Ratnani has shared a bunch of behind-the-scenes images and videos on Instagram with several superstars from his previous shoot. In one of his latest images, Dabboo Ratnani is seen sharing the frame with Akshay Kumar. The two are seen with a battery placed between their beards. In the caption, he said: “#btswithdabboo,” and added battery and heart emojis, tagging Akshay Kumar.

Before that, Dabboo Ratnani also shared a throwback image with Alia Bhatt. In the image, Alia is seen posing in a swimming pool. She is seen wearing a crown in the photo. In the caption, he wrote, “#btswithdabboo,” and added heart and flower emojis, tagging the actress.

In another image, Dabboo Ratnani is seen sharing a hug with Ranveer Singh. In the caption, the photographer said, “#btswithdabboo” and added hug and heart emojis, tagging Ranveer.

In another fun behind-the-scenes image, Dabboo Ratnani is seen posing with actor Varun Dhawan in an auto-rickshaw. He kept the caption simple with just a balloon emoji.

Pathaan Sets A Record Even Before Release: Shah Rukh Khan’s Film To Open In Over 100 Countries