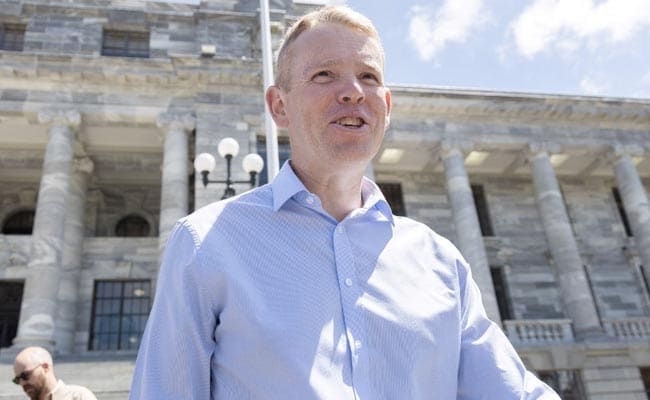 Chris Hipkins is then set to hold his first meeting with Labour ministers before fronting to the media.

The Labour party elected former COVID-19 Response and Police minister Hipkins, 44, to lead the party and the country on Sunday. This comes after the surprise resignation of Ardern, 42, who said she had “no more in the tank” to lead the country.

Before Hipkins becomes prime minister, Ardern will tender her resignation to King Charles’ representative in New Zealand, Governor General Cindy Kiro. Kiro will then appoint Hipkins to the role and he will be sworn in.

Hipkins is then set to hold his first meeting with Labour ministers before fronting to the media.

‘A career to be immensely proud of’