THANK GOD is the story of a man who has a life-changing experience. Ayaan Kapoor (Sidharth Malhotra) was a successful person in the field of real estate. After the demonetization episode of 2016, he suffered a huge loss. In the present day, he’s on the verge of selling his bungalow. He resides with his wife Ruhi Kapoor (Rakul Preet Singh), an inspector, and daughter Pihu (Kiara Khanna). Ayaan is temperamental and gets angry at them for the flimsiest of reasons. He’s also stressed as he’s unable to find a buyer for his house. One day, he is driving speedily when a biker comes in front of him unexpectedly. Ayaan looks back to abuse him. This is when he clashes with another car and meets with a terrible accident. When Ayaan regains consciousness, he finds himself in the company of Yamdoot (Mahesh Balraj) and CG (Ajay Devgn). CG informs him that physically, he’s right now in the hospital. He also tells him that he can survive, provided he plays the ‘Game of Life’ and comes out with flying colours. The rules of the game are simple: two narrow cylinders are placed on either side of Ayaan. He will be given certain tasks. If he fails in the task, the audience watching the game will throw black balls into one cylinder and if he succeeds, they’ll shower the other cylinder with white balls. If the cylinder with black balls overflows, he’ll be thrown into hell. If the other cylinder with white balls overflows, he’ll survive. What happens next forms the rest of the film. 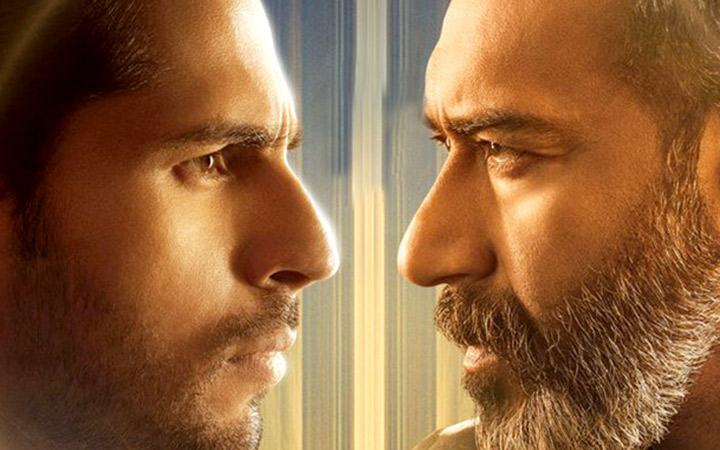 Indra Kumar’s direction is neat and uncomplicated. Just like the script, his direction is also simple and also ensures that the common man is able to get the film’s message. What’s praiseworthy is that while giving out the message, the film doesn’t turn preachy. Moreover, it’s a clean entertainer and hence, appeals to the family. On the flipside, the first half has little surprises. The makers released two trailers and it has given out a lot about the film’s story and certain plot points. Hence, one already knows what’s going to happen next at various places. Secondly, Indra Kumar is known for peppering his films with a lot of comedy. There was a lot of scope for humour here and sadly, he kept the humour quotient at a minimum.

THANK GOD begins on a fine note, explaining the characteristics of Ayaan with a voiceover. The scene where his bungalow deal goes awry is funny. CG’s entry is heroic. The tasks related to anger, greed, jealousy, and delusion are okay since it was shown in the promos. The bank robbery sequences here stand out, the first one for being hilarious and the other for being touching. Post-interval, the touching scenes take precedence, especially Ayaan’s conversation with his mother (Seema Pahwa) and his sister (Urmila Kanetkar). The twist in the last act is unexpected and it makes for a superb watch. The film ends on a lovely note.

Sidharth Malhotra underplays his part very well. He doesn’t go overboard and hence, his performance turns out to be an impressive one. Ajay Devgn has a supporting part. But since he’s there in the film throughout, it doesn’t seem so. Performance-wise, he’s quite entertaining. Rakul Preet Singh has limited screen time but makes up for it with her act. Kiara Khanna is cute. The same goes for Seema Pahwa. Mahesh Balraj hams. Urmila Kanetkar is fine. Kanlwajit Singh (Ayaan’s father) leaves a mark in a cameo. Kiku Sharda (Guy in the elevator), Sumit Gulati (the first prospective buyer for the bungalow) and Vikram Kochar (Inspector Tambe) are funny. Gyanendra Tripathi (Bank robber) is passable. Nora Fatehi is sizzling.

The songs are decent. ‘Manike’, however, stands out. It’s quite catchy and also well-shot. The title song is okay. ‘Haaniya Ve’ and ‘Dil De Diya’ are okay but they are well placed in the film. Amar Mohile’s background score has cinematic appeal.

Aseem Bajaj’s cinematography is first-rate. Bhavik M Dalwadi’s production design is a bit tacky. Costumes are realistic, yet fashionable. Abujani Sandeep Khosla and Maneka Harisinghani’s costumes for Nora Fatehi are quite hot. NY VFXWaala’s VFX is okay. Dharmendra Sharma’s editing is sharp as a lot is packed in 121 minutes.

On the whole, THANK GOD is a film that entertains and enlightens. It is a perfect family entertainer this Diwali and has the potential to grow with positive word of mouth.