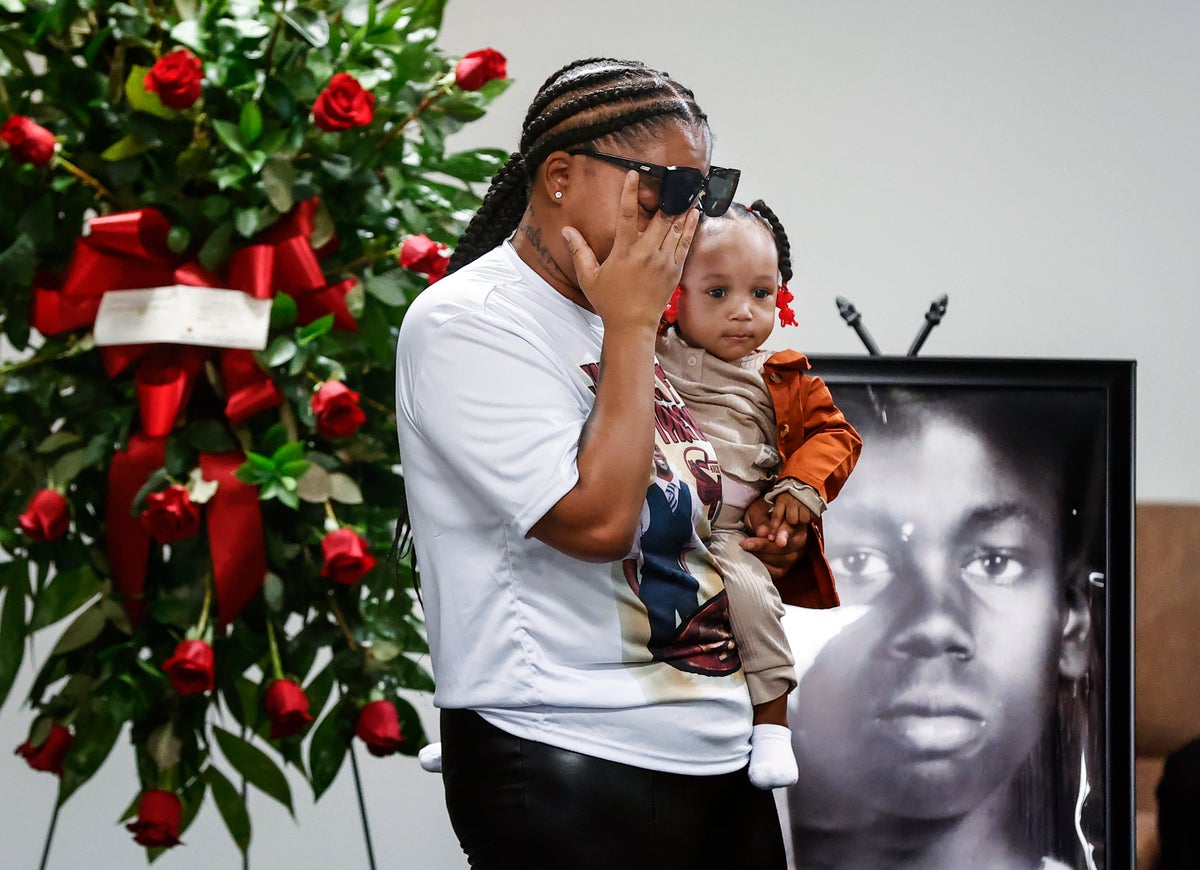 5 Memphis officers fired for involvement in death of Tyre Nichols

The family of Tyre Nichols, the Memphis man who died days after being arrested and beaten by police, has spoken out after viewing footage of the incident.

Nichols, 29, died on 10 January, three days after a traffic stop turned into a confrontation with officers that ended up with him in the hospital.

A private autopsy, described by the Nichols family on Tuesday, showed the 29-year-old suffered ‘extensive bleeding,’ before death.

Family members and their attorneys met with Memphis police and reviewed the footage on Monday before it was publicly released.

“Regrettably, it reminded us of (the) Rodney King video,” added Mr Crump said.

Five officers, all of whom were Black, were fired from the department in the wake of the incident.

Video: ‘This is about transparency’

Community members gathered on Tuesday for a meeting of the Memphis city council, using the forum to demand transparency, including body camera footage, of the police stop that left Tyre Nichols in critical condition and likely killed him.

“This is about transparency and dammit we go have it,” one community activist said.

Who are the police officers who stopped Tyre Nichols?

The city of Memphis has fired five police officers involved in the violent and eventually fatal traffic stop of Tyre Nichols.

Memphis officials condemned the officers, who were fired on Friday evening.

“The egregious nature of this incident is not a reflection of the good work that our officers perform, with integrity, every day,” Memphis police chief Cerelyn Davis told the New York Times.

‘Firing these officers is not enough,’ Al Sharpton says

Civil rights activist Al Sharpton says officials need to go further than their decision Friday to fire five Memphis police officers involved in the violent traffic stop that resulted in Tyre Nichols’s death. “Firing these officers for misconduct is not enough,” Mr Sharpton said in a statement on Tuesday. “Justice will only be served when all five are charged with killing Tyre Nichols for the simple act of driving while Black.”

Mr Sharpton added that it didn’t matter that the five officers who stopped Nichols were themselves Black.

“These officers should not be allowed to hide their deeds behind their Blackness,” the activist said.

A preliminary independent autospy showed Tyre Nichols suffered “extensive bleeding” during a violent police stop this month, after which the 29-year-old eventually died.

“We can state that preliminary findings indicate Tyre suffered extensive bleeding caused by a severe beating, and that his observed injuries are consistent with what the family and attorneys witnessed on the video of his fatal encounter with police on January 7, 2023,” attorneys for his family wrote in a statement on Tuesday, the Memphis Commercial Appeal reports.

The attorneys also described the injuries as a result of the “unadulterated…beating of [Nichols] for three minutes,” which they compared to the infamous 1991 beating of Rodney King by Los Angeles police.

The Nichols family wants their son Tyre to be remembered as more than someone who died during a violent police stop.

On Monday, they shared a video of Nichols doing what he loved most, skateboarding, through their attorney.

The family described him as a doting son.

“My son, nobody is perfect, nobody, but he was damn near,” his mother RowVaugn Wells said at a recent press conference. “My son, he came here right before the pandemic. He got stuck here because we shut the world down, but he was OK with it, you know why? Because he was with his mother. My son loved me to death.”

Two Memphis firefighters were “relieved of duty” pending an internal investigation into their role in the Tyre Nichols case, the Memphis Commercial Appeal reports.

The news of their suspension follows the announcement on Friday that five Memphis police officers involved in the violent January arrest of Nichols were fired.

Memphis’s long record of police violence, by the numbers

The case of Tyre Nichols is reminding many Memphis residents of the city police department’s long history of violence against people of colour.

Everything we know about the Tyre Nichols case

A29-year-old father died in hospital several days after he was taken into custody by police during a traffic stop.

Now five officers at the Memphis Police Department have been removed from their posts.

Two Memphis firefighters are now under investigation over their involvement in the initial care of Tyre Nichols following his fateful 7 January traffic stop.

The firefighters have been “relieved of duty” pending the outcome of the internal probe, department spokesperson Qwanesha Ward announced Monday.

Ms Ward declined to elaborate on whether the firefighters were suspended or dismissed, according to the Memphis Commercial Appeal.

It comes after five police officers were fired over their involvement in the traffic stop.

Body camera video of the confrontation is expected to be released this week.

A 29-year-old father died after a traffic stop. The family lawyer says the footage ‘reminded us of Rodney King’

Five Memphis officers have been fired after violating multiple department policies in the death of Tyre Nichols as criminal and civil rights investigations are launched.

Gustaf Kilander has the details.